Unfair dismissal; how to calculate compensation 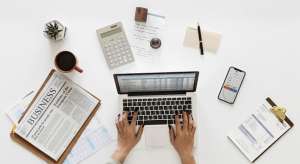 Having found that Ms Anderson was protected from unfair dismissal, and that her dismissal was harsh, unjust and unreasonable, it is necessary to consider what, if any, remedy should be granted to her. Ms Anderson requested the remedy of reinstatement, but I am satisfied that it would be inappropriate to reinstate Ms Anderson in circumstances where the Greenhills Salon has recently closed down, I do not have any evidence as to any other hair salons owned by Beautiful Hair or any of its Associated Entities, nor do I have any evidence concerning any position in any such business which may be suitable to Ms Anderson, and having regard to the way in which Ms Anderson was treated in the process leading up to her dismissal, I am satisfied that her relationship with Mr and Ms Hamed has deteriorated to a significant extent. As a result, I need to consider whether compensation is appropriate.

Section 390(3)(b) of the Act provides the Commission may only issue an order for compensation if it is appropriate in all the circumstances. A compensation remedy is designed to compensate an unfairly dismissed employee in lieu of reinstatement for losses reasonably attributable to the unfair dismissal within the bounds of the statutory cap on compensation that is to be applied. 13

Having regard to all the circumstances of the case, including the fact that Ms Anderson has suffered financial loss as a result of her unfair dismissal, I consider that an order for payment of compensation to her is appropriate.

It is necessary therefore for me to assess the amount of compensation that should be ordered to be paid to Ms Anderson. In assessing compensation, I am required by s 392(2) of the Act to take into account all the circumstances of the case including the specific matters identified in paragraphs (a) to (g) of this subsection.

In undertaking this task, I shall use the established methodology for assessing compensation in unfair dismissal cases which was set out in Sprigg v Paul Licensed Festival Supermarket 14 and applied and elaborated upon in the context of the current Act by Full Benches of the Commission in a number of cases.15 The approach to calculating compensation in accordance with these authorities is as follows:

Remuneration Ms Anderson would have received, or would have been likely to receive, if she had not been dismissed (s 392(2)(c))

Like all calculations of damages or compensation, there is an element of speculation in determining an employee’s anticipated period of employment because the task involves an assessment of what would have been likely to happen in the future had the employee not been dismissed. 16

Ms Anderson gave evidence, which I accept, that she enjoyed working at Beautiful Hair and intended to remain working for Beautiful Hair until at least the end of her apprenticeship, which was due to be completed at the end of this year. Also of relevance is the fact that Ms Anderson was not given any warnings in relation to her performance or conduct during her employment with Beautiful Hair. Further, four of the seven employees working in the Greenhills Salon were kept on after 24 February 2019. On the basis of the text message sent by Ms Camilleri to Ms Neilson and Ms Easter on 18 February 2019, I find, on the balance of probabilities, that those four employees retained employment with Beautiful Hair after 24 February 2019.

No evidence was adduced that any particular amount of compensation would affect the viability of Beautiful Hair’s business.

Ms Anderson’s relatively short period of service does not justify any adjustment to the amount of compensation.

Ms Anderson has made numerous efforts to obtain alternative employment following her dismissal on 24 February 2019. In particular, she has made job applications using a variety of sources, including SEEK, and for a range of jobs, not just hairdressing. Further, Ms Anderson sought and obtained the one-month paid work trial in May 2019.

In all the circumstances, I am satisfied that Ms Anderson acted reasonably to mitigate the loss suffered by her because of the dismissal and do not consider it appropriate to reduce the compensation on this account.

It is necessary to consider whether to discount the remaining amount for “contingencies”. This step is a means of taking into account the possibility that the occurrence of contingencies to which Ms Anderson was subject might have brought about some change in earning capacity or earnings. 17 Positive considerations which might have resulted in advancement and increased earnings are also taken into account.

The discount for contingencies should only be applied in respect to an “anticipated period of employment” that is not actually known, that is a period that is prospective to the date of the decision. 18

Because I am looking in this matter at an anticipated period of employment which has already passed (25 February 2019 to 28 June 2019), there is no uncertainty about Ms Anderson’s earnings, capacity or any other matters during that period of time.

In all the circumstances I have decided that it is not appropriate to discount or increase the figure of $6,272.34 for contingencies.

For the reasons stated, I have found, on the balance of probabilities, that if Ms Anderson had not been unfairly dismissed on 24 February 2019, she would have remained in employment with Beautiful Hair until the Greenhills Salon closed down on 28 June 2019. At that time, her employment would have been terminated and I am satisfied, on the balance of probabilities, that she would have been given actual notice of termination prior to the closure of the Greenhills Salon and the reason for dismissal would have been redundancy, in which case she would have been entitled to receive four weeks’ redundancy pay under s 119 of the Act. Having regard to the purpose of a compensation remedy to compensate an unfairly dismissed employee in lieu of reinstatement for losses reasonably attributable to the unfair dismissal within the bounds of the statutory cap on compensation that is to be applied, 19 I consider it relevant in the circumstances of this case to include the four week redundancy payment to which Ms Anderson would have been entitled on 28 June 2019 to the compensation calculated thus far. The compensation amount then becomes $8,308.74 gross ($6,272.34 + (4 x $509.10 = $2,036.40). This amount represents the gross sum Ms Anderson would likely have received (less tax) had she not been dismissed by Beautiful Hair on 24 February 2019 and instead continued to be employed by Beautiful Hair until 28 June 2019. This calculation is intended to put Ms Anderson in the position she would have been in but for her unfair dismissal on 24 February 2019.20

Save for the matters referred to in this decision, there are no other matters which I consider relevant to the task of determining an amount for the purposes of an order under s 392(1) of the Act.

I have considered the impact of taxation, but I prefer to determine compensation as a gross amount and leave taxation for determination.

Ms Anderson did not commit any misconduct, so this has no relevance to the assessment of compensation.

Shock, distress or humiliation, or other analogous hurt (s 392(4))

I note that in accordance with s 392(4) of the Act, the amount of compensation calculated does not include a component for shock, humiliation or distress.

No application was made by Beautiful Hair for any amount of compensation awarded to be paid in the form of instalments.

In my view, the application of the Sprigg formula does not, in this case, yield an amount that is clearly excessive or clearly inadequate. Accordingly, there is no basis for me to reassess the assumptions made in reaching the amount of $8,308.74. 21

For the reasons I have given, I am satisfied that a remedy of compensation in the sum of $8,308.74 (less taxation as required by law) in favour of Ms Anderson is appropriate in the circumstances of this case. I will issue an order PR711543 to that effect.