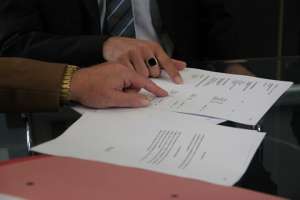 It is now tolerably well understood in the Australian community that a redundancy will not constitute a “genuine redundancy” for the purpose of the Fair Work Act unless the employer complies with any consultation requirements of any applicable modern award or enterprise agreement. However an employee must take the consequences if he or she prevents that process from occurring.

“Did the employer comply with the consultation obligations in the relevant Award?

I am satisfied that the Respondent attempted to consult with the Applicant but that the Applicant did not respond to attempts to contact him. Further, when the Applicant returned to work from his annual leave he remained in the workplace for less than an hour before leaving and not returning. He left with no advice as to where he was going or when he would be back.

An employer can only do what is reasonable in the circumstances to attempt to consult on changes at work. Whilst it is unfortunate that the Applicant in this case was disturbed while he was on annual leave he had no cogent reason for not responding to the attempts to contact him by his employer. Further, on his return to work from his annual leave he had no reason for leaving the workplace on 27 March 2019 (putting aside if his leave had been approved to that date) and not returning on 28 or 29 March 2019 when he could have engaged in discussions with his employer. The Applicant may have some reasonable argument that he should have been allowed to return to work on 25 February 2019 and been involved in discussions about his future but he ignored attempts to contact him and then, when he could have engaged in some discussions (on 27, 28 or 29 March 2019) he left the workplace and did not return. The Applicant must take his share of the responsibility for any failure to be consulted.

An employer should not be found to have failed to consult in circumstances where attempts to do so have been thwarted by the employee concerned. The Respondent took steps to consult with the Applicant but he did not engage with those attempts.