Throughout my career, firstly as a legal practitioner and more recently as an industrial agent, I have provided advice, representation and assistance in many cases of workplace discrimination, including bullying in the workplace. The statutory or legislative environment in Australia in this area of workplace law is complicated and technical, principally due to the complex mix of federal and State laws. I know that it should not be, but it is. 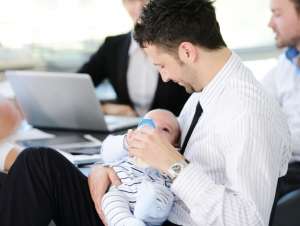 The Australian Human Rights Commission Act 1986 has established the Australian Human Rights Commission which administers various pieces of legislation which have come into being by reason of the Federal government’s obligations to implement international treaties and conventions to which it has committed. Accordingly the Commission has the power to investigate and conciliate complaints of various forms of discrimination in the workplace for such prohibited reasons such as age, disability, gender and race. There are others, but the point is that the regulation of the conduct derives from legislation about prohibited reasons for discrimination rather than from the fact that it occurs at the workplace.

There are also significant provisions in the Fair Work Act 2009 which deal with workplace discrimination, for example the general protections and in particular sec 352 which enables an employee or prospective employee who is subject to adverse action by an employer because of the person’s, age, colour. race, sex, sexual preference, religion, political opinion, pregnancy, mental or disability, marital status, carer’s or family responsibilities, social origin or national extraction to take proceedings for uncapped compensation in the Federal Circuit Court of Australia, unless the conduct complained about is lawful under Australia’s anti-discrimination laws (see sec 351(3)).

The Fair Work Act 2009 also contains extensive provisions which render it an unlawful and a compensable act and event to take adverse action against an employee if it constitutes discrimination on any of the the prohibited discrimination grounds. Accordingly if you are an employee and are the victim of adverse action, including demotion, discipline, or dismissal, or any other conduct by an employer (which usually includes any colleague to whom you report or answer) the conduct will be unlawful and you will be entitled to a remedy.

On my employment law blog page, you can browse an extensive index of employment law issues which include up to date posts about developments in anti-discrimination and equal opportunity laws as they affect the modern Australian workplace. I endeavour, and mostly succeed in managing to keep this updated daily.