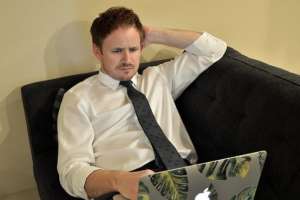 Recently I have twice been asked to advise clients (one an employer and one an employee) about the implications of an employee having two jobs with the one employer. In such a situation is the employee entitled to total the hours and then be paid overtime or does the law recognize that the jobs may be independent and not cumulative? Here is the answer.

‘In Lacson, the applicant employee held the job of a Postal Delivery Officer that involved sorting mail and other duties from 6am to 9am at the Collingwood Post Office, and another job of Postal Sorting Officer that involved unloading and sorting bulk mail at the Melbourne Parcel Facility in Sunshine from 3:30pm to 10pm. The applicant employee held these two part-time jobs, obtained at different times and paid at different rates, with the same employer since at least 2004. Over the course of his employment, the respondent employer was relevantly covered by an enterprise agreement made in 2010, and another enterprise agreement made in 2013.

‘The applicant employee brought an action against his employer for, amongst other things, failure to pay his full entitlements to overtime under the enterprise agreements.  The key issue in the proceeding was whether the respondent employer was correct to treat the two jobs as separate and distinct for the purpose of calculating overtime, or whether the hours worked in the two jobs were to be calculated cumulatively.

‘In its defence, the respondent employer relied upon section 52(2) of the Act. The respondent employer submitted that by reason of the operation of section 52(2) of the Act, the enterprise agreements applied to the applicant employee in relation to his particular employment as a delivery officer at Collingwood, and separately in relation to his particular employment as a sorting officer at Sunshine. The position advanced was that each of those jobs were to be treated separately and distinctly for the purpose of calculating overtime. It was submitted, among other things, that as the employee was employed pursuant to two separate contracts of employment, there could not be aggregation of hours across both jobs for the purposes of calculating overtime, having regard to the language of section 52(2) of the Act.

‘Judge McNab reached that conclusion after having examined the Explanatory Memorandum to the Act, which provided at paragraph [205] (paragraph [60] of the judgment) that:

‘… a national system employee has more than one job, each job is treated separately in determining the effect of an award or agreement on an employee’s entitlements in relation to each job’.

‘McNab J also had regard to the comments by the High Court of Australia in Aldi Foods Pty Ltd v Shop, Distributive & Allied Employees Association [2017] HCA 53 in construing section 52 of the Act.

‘The decision of Judge McNab was the subject of an appeal before Justice Mortimer in the Federal Court of Australia.  Mortimer J dismissed the appeal and concluded that it was ‘tolerably clear’[1] that the phrase ‘particular employment’[2]was used to enable identification, with sufficient precision, of what the job or position of an employee is at any given time. Mortimer J commented at paragraph [69] that, in her opinion:

‘It is also relevant to note Justice Mortimer’s comments at paragraph [132] of the decision where she stated:

‘That the appellant found himself performing two different jobs, at two different locations, with two different kinds of works, for one employer, was a function of choices he had made. It does not appear he made those choices believing, or having it represented to him, that they would be treated as one job and he should secure the considerable additional sums of money he is now seeking.  Rather, he appears to have made those choices on the basis-correctly as this Court and the Federal Circuit Court have found-that he had two separate employment arrangements with Australia Post, each one regulated separately by the enterprise agreements’.”