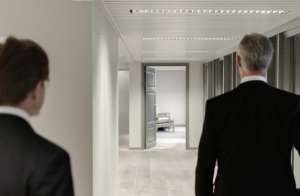 Here is a fine summary of the law about the reverse onus of proof which applies in general protections’ cases.

“[31] That being the case, Mr Stamenkovic must succeed on liability. There is simply no admissible evidence from Mr Morgan of his reasons for dismissal. As Katzmann J explained:

The second principle relates to the onus of proof borne by the employer. It is that to discharge the onus, the employer must generally lead evidence to show that the reasons of the decision-maker (or, where the decision is made by a committee, the decision-makers: Elliot v Kodak Australasia Pty Ltd [2001] FCA 1804; 129 IR 251 at [37]) did not include the proscribed reason: General Motors Holden Pty Ltd v Bowling (1976) 12 ALR 605 at 612 (Gibbs J), 617 (Mason J). As Gray J said in NTEU:

What the party seeking to rebut the presumption must do is to establish on the balance of probabilities that the alleged improper reason was not a reason for the taking of action. Generally (although as a matter of logic, not necessarily) the evidence as to the state of mind of the decision-maker or decision-makers will include evidence as to what are claimed to be the actual reasons for the decision. Even if the reasons advanced as actual reasons for the decision are accepted as such, the absence of evidence that there were no additional reasons, or that the actual reasons did not include the alleged proscribed reasons, will usually result in a failure to rebut the presumption.

That is why it is “extremely difficult” for an employer to discharge the onus under s 361 without leading direct evidence from the decision-maker or makers, as the case may be. In Bowling, for example, the two directors responsible for the ultimate decision to dismiss Mr Bowling were not called to give evidence. In holding that General Motors had not discharged its onus, Mason J, with whom Gibbs, Stephen and Jacobs JJ agreed, observed that its unexplained failure to call the two Melbourne directors “left uncontroverted the possibility that [Mr Bowling’s] position as a shop steward was an influential, perhaps even decisive consideration in their minds” (at 619). As Reeves J observed in Clermont Coal, this led to the High Court’s conclusion that General Motors had not discharged its onus under an earlier provision equivalent to s 361. As his Honour also observed, Bowling was cited with approval in each of the three separate judgments given in Barclay: French CJ and Crennan J at [45], [50], [53] and [56]; Gummow and Hayne JJ at [126]; and Heydon J at [149].”