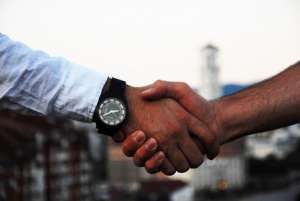 The following extract from a recent decision of the Fair Work Commission in an unfair dismissal case reveals the difficulties a party has when he or she seeks to walk away from a settlement agreement reached at a conciliation conference.

“Having been persuaded by the nature of the correspondence of the Commission conciliator sent on 25 February 2019 and 26 February 2019 and the accompanying Terms of Settlement documents, and preferring the version of events given by Mr Tulic, Mr Henderson and Mr Conlon, I am satisfied that Mr Efemo and Southlink reached agreement at the conciliation conference on 25 February 2019 and that the settlement position was reflected in the Terms of Settlement drafted by the Commission conciliator and provided to the parties on the same day. I am satisfied the agreement fell within either the first or second category described in Masters v Cameron and that in either case, there was a binding contract.

In Australia Postal Corporation v Gorman, 5 Besanko J held that the existence of a binding settlement or “accord and satisfaction” extinguishes the existing cause of action and replaces it with a new cause of action based on the agreement.6

As can be seen from Australia Postal Corporation v Gorman, if there is a binding agreement between the parties, the Commission has the power under s.587(1) of the Act to dismiss an application on the basis that it has no reasonable prospects of success.

(a) the application is not made in accordance with this Act; or

(b) the application is frivolous or vexatious; or

(c) the application has no reasonable prospects of success.”

As I have found that the parties reached agreement at the conciliation conference on 25 February 2019 and I am satisfied that the agreement was of the first or second type discussed in Masters v Cameron, I am persuaded that I should exercise my power under s.587(1)(c) of the Act to dismiss the application on the basis that it has no reasonable prospects of success. The settlement agreement that was made is a complete answer to Mr Efemo’s claim that he was unfairly dismissed.

For the reasons outlined above, I find that Mr Efemo entered into a binding settlement of his claim and therefore, his application for unfair dismissal remedy is dismissed. An Order to this effect will be issued in conjunction with this Decision.”