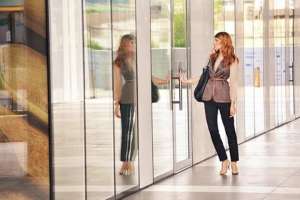 The general protection provisions of the Fair Work Act are designed to provide protection for Western Australian workers particularly in the context of dismissals. This specific field of employment law is extremely complicated and technical involving as it does both the Fair Work Commission and the Federal Courts of Australia. A charge of a breach of the general protections is a very powerful legal tool. Practitioners often refer to it as unlawful dismissal if it involves a termination of employment.

The general protections inter alia prohibit conduct in an employment context which constitutes adverse action because a person has or has exercised a workplace right or has engaged in industrial activity or been temporarily absent from work due to illness or accident or because of certain specified discrimination and coercion, undue influence or pressure and certain misrepresentations or because  the person has exercised or intends to exercise a workplace right.

In many ways this is unfortunate because the Fair Work Commission is a much more user friendly place than the Federal Courts, namely the Federal Court of Australia and the Federal Circuit Court of Australia, where the practices and procedures are very difficult for an unrepresented litigant to navigate. In contrast the Fair Work Commission is expressly commanded by the Fair Work Act (secs 590, 591) not to be bound by the rules of evidence and procedure which apply in the courts and a lawyer or paid agent is required to obtain leave to represent a party in proceedings before the Commission (although in reality this is a formality normally because the members of the Commission by and large very much welcome the participation of experienced advocates because they speed up such proceedings, focus on what is relevant to the case and do not generally become distracted by red herrings).

In the case of an application involving a dismissal, the arbitration of the dispute if the matter is not settled at the conference may be through the Federal Court, or by the Commission if both parties agree to consent arbitration. In the case of an application not involving a dismissal consent arbitration is not an option, and an applicant will need to commence court proceedings in the Federal Court within 14 days of the parties not agreeing to conciliation or within 14 days of unsuccessful conciliation.

What constitutes a workplace right for the purpose of an adverse action claim?

This is a very important legal issue, at the heart of the Fair Work Commission’s jurisdiction. The slightly bizarre conflict amongst the judges of the Federal Courts about what constitutes a workplace right for the purpose of adverse action cases is no better illustrated than in the following irreconcilable decisions of two judges of the Federal Court, the first in December 2013 and the second in early May 2014.

In Daw v Schneider Electric (Australia) Pty Ltd 2013 FCCA 1341, Justice Jarrett held that a refusal to carry out assigned work due to it being unlawful under the Professional Engineers Act 2002 did not qualify as exercising a workplace right. The court held that the right to refuse the work may well be a right under the employee’s contract, presumably due to the implication into the contract of a term that an employee cannot be directed to perform an unlawful act, but it was not a right which arose under “any other law of the Commonwealth…that regulates the relationships between employers and employees”.

However in Walsh v Greater Metropolitan Cemeteries Trust (2014) FCA 456 delivered on 9 May 2016, Justice Bromberg held that a complaint by an employee that went to the general probity of an arrangement within the employer’s operations (a conflict of interest) which did not affect the employee directly was nonetheless the expression of a workplace right. The judge accepted the argument that if the employee did not raise the allegation once she was aware of the arrangement of which she did not approve, and regardless of whether the issue directly affected her terms and conditions of employment, her failure to report a suspected wrong might reflect badly on her and consequently her complaint “raised an issue with potential implications for her employment… and was therefore “in relation to her employment and thus the expression of a workplace right.

In another welcome explanation of what the Federal Court will potentially regard as a workplace right for the purposes of the general protections provisions of the Fair Work Act, Judge Tony Lucev has refused to throw out a claim on the basis of the employer’s interlocutory argument that it had no realistic prospect of success being based upon the employee’s contention that he had been dismissed for questioning the integrity of certain scientific testing processes required to be followed by his employer. His Honour, citing many of the authorities on the controversy about what constitutes a workplace right, said it was evident from the authorities that a complaint or inquiry need:

“not arise from a statutory, regulatory or contractual provision before it can be a complaint or inquiry in relation to a person’s employment” under s341(1)(c)(ii); and
· only have an “indirect nexus with a person’s terms or conditions of employment” to come within the provision’s scope, and “may be a complaint about the conduct of another person in the workplace or about a workplace process which concerns or has implications for an employee’s employment”.
Judge Lucev said that the employee’s questioning of the way the testing was conducted was “arguably capable of being characterised as a ‘complaint’ or ‘inquiry. Having regard to the above duties, and the width of meaning of the expression ‘in relation to’, it appears to be arguable that a complaint or inquiry was made by the employee, and was made about the testing methods in the employer’s laboratory, and is, therefore, arguably a complaint or inquiry in relation to the employee’s employment,” Judge Lucev said.

A recent decision of a Full Bench of the Fair Work Commission appears to be the first decision in a general protections claim under the consent arbitration power conferred upon the Commission on 1 January 2014. The decision itself is unremarkable, but it will be interesting to see whether henceforth similar cases are allocated to single Commissioners for determination.

The taking of unlawful adverse action by an employer against an employee for a prohibited reason is merely one example of the application of the general protections provisions of the Fair Work Act. The most commonly ventilated complaint of adverse action is for exercising a workplace right. The is a complex area and professional legal advice should be taken about it. Like the unfair dismissal jurisdiction there are tight time limits which apply to the bringing of actions for unlawful adverse action in the workplace.

For proceedings in the Fair Work Commission or Western Australian Industrial Relations Commission, I offer a choice between fees which are fixed or calculated by time. The fixed fees cover my advice and representation for the various stages of work for matters in the Commissions.

The Fair Work Commission, in a very rare consent arbitration of a general protections claim (Masson-Forbes v Gaetjens Real Estate Pty Ltd (2015)] FWC 4329 delivered 26 June 2015), has awarded economic and non-economic compensation for unlawful adverse action in the form firstly of a forced resignation and then bringing forward the applicant’s resignation after she provided 2 months’ notice.

The applicant alleged that the adverse action was taken against her because she exercised a workplace right to be lawfully absent from work due to illness, that she made a workers compensation claim and had taken approved annual leave. These were accepted by Commissioner Wilson to constitute the exercise of workplace rights, accepting Khiani v Australian Bureau of Statistics (2011) FCAFC 109 and Ross v RC Mackenzie & Sons (2013) FMCA 31 and ee also CFMEU v Leighton Contractors Pty Ltd (2012) FMCA 487, (2012) 225 IR 197 and Stephens v Australian Postal Corporation (2010] FMCA 1012; (2010) 202 IR 437.

The Commissioner also accepted the applicant’s case that she was participating in a lawful activity organised or promoted by an industrial association within the meaning of the protection conferred by sub-sec.346(b) of the Fair Work Act.

The Commissioner also accepted that the applicant had been subject to adverse action because of the above, holding that “unilaterally substituting an earlier termination date for a date an employee has indicated to an employer on which they will resign has been held to be a termination at the initiative of the employer: per Nohra v Target Australia Pty Ltd (2010) FWA 685756.” Reason for prohibited action

The Commission accepted that “the respondent has failed to demonstrate that its reasons for acting in the way it has in relation to (the applicant) was for reasons that were not those as alleged by her….there is not a (contrary) plausible reason advanced”. Reverse onus of proof

Compensation not limited to economic loss
The Commissioner cited Australian Licensed Aircraft Engineers Association v International Aviation Service Assistance Pty Ltd [2011] FCA 333 and went on to say “The authorities reveal that the assessment of compensation under ss.545(1) and (2) of the Fair Work Act can include both economic and non-economic loss. Insofar as economic loss is concerned, the approach that seems to find favour is that stated in Re Bostik Australia Proprietary Limited v Gorgevski (1992) FCA 209; (1992) 36 FCR 20. The relevant passage is as follows: “Where an employee is wrongfully dismissed, he is entitled, subject to mitigation, to damages equivalent to the wages he would have earned under the contract from the date of the dismissal to the end of the contract. The date when the contract would have come to an end, however, must be ascertained on the assumption that the employer would have exercised any power he may have had to bring the contract to an end in the way most beneficial to himself; that is to say, that he would have determined the contract at the earliest date at which he could properly do so….. Bostik was a different case to this one. It was dealing with wrongful dismissal, and there are some other factual differences. But the principle remains apposite. It has been applied, most recently, by Barker J of the Federal Court in Australian Licensed Aircraft Engineers Association v International Aviation Assistance Pty Ltd (2011) FCA 333. It is the principle that I intend to apply in this case.” Heriot v Sayfa Systems Pty Limited (No.2) (2014) FCCA 1627, at 8 – 9” The Commissioner ordered the respondent to pay compensation for the applicant’s economic loss less a discount for contingencies plus $3,000 for hurt and humiliation and ordered a further sum to be paid to the applicant’s superannuation fund.