The elephant in the room in Australian workplaces is bullying and harassment. 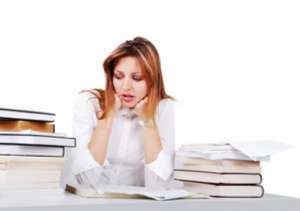 I am very often asked what can be done about bullying in the workplace. The enquiries are just as likely to come from an employer, as an employee, and rightly so because it is by all statistical accounts a serious problem in Australian workplaces. Most people are stunned to be advised that it is not unlawful and by this I mean that unless the bullying strays into other areas of the law, for example criminal law if the conduct is serious enough to constitute an assault, or perhaps even a criminal defamation which is Western Australia remains on the statute books, there is no regulator tasked with policing it*. True it is that if the conduct amounts to a failure by the employer to provide a safe workplace in theory WorkSafe, WA’s occupational and safety regulator, might be persuaded to become involved but I have never seen it so do so. It is also true to say that in the event that the conduct produces a compensable workers compensation injury, for example medically certified work caused stress, an employer (or more likely its insurer) will be liable for the resulting incapacity for work.

However in 2014 The Fair Work Commission was handed an anti-bullying jurisdiction to deal with complaints of workplace bullying. So far it is proved to be a toothless tiger, despite the best endeavours of the members of the anti-bullying panel.

Under the Fair Work Act a worker is bullied at work if:

Examples of bullying include but are not limited to behaving aggressively, teasing or practical jokes, pressuring someone to behave inappropriately, excluding someone from work-related events or unreasonable work demands. Reasonable management practices are exempt.

The Commission may only become involved if there is an on-going relationship of employer ad employee, so the jurisdiction is useless to an employee who has been forced to leave and it cannot award financial compensation, instead being limited in its powers to issuing stop bullying orders and incidental requirements to achieve that end.

However the law is not entirely an invitation to bullies to bully and harass colleagues. An employer is vicariously liable for the actions of its staff who bully others, and furthermore an employer who ignores the complaints if the victims faces severe potential liability for common law damages in the civil courts for failing to provide a safe system of work and to the wrath of the general protections under the Fair Work Act, particularly adverse action for exercising a workplace right and adverse action for a breach of the prohibited discriminations. An employee who is forced to resign due to bullying, whether not not it is condoned by an employer, may well have unfair dismissal rights.

The bottom line is that if you are bullied at work, there is much that can be done to protect you and if you are an employer who has become aware of bullying in the work place you are right to be very concerned.

In James Willis v Marie Gibson; Capital Radiology Pty Ltd T/A Capital Radiology; Peita Carroll (2015) FWC 1131 delivered on 17 February 2015 the Fair Work Commission has ruled that disciplinary action launched against an employer whose performance was being reviewed might not constitute reasonable management action in its bullying jurisdiction. In rejecting an employer’s early objection to a stop-bullying application, Commissioner Lewin said that disciplinary action involving multiple steps towards potential dismissal “could reasonably be perceived to threaten the security of an employee’s employment, and cause them to feel threatened”.

“Management action will not be taken reasonably where it places an employee under pressure when the action is not commensurate with the behaviour that is the basis of the disciplinary action.”

Commissioner Lewin said there had to be “some line of cause and effect between conduct, behaviour or performance of an employee, and the relevant management action” for the action to be reasonable under the Fair Work Act’s anti-bullying regime. It also had to be a “reasonable and proportionate response to the attributes of the employee to which it is directed”.