Whistleblower protection in the workplace 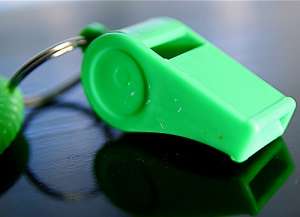 However, many instances of whistleblowing might not constitute the exercise of a workplace right, where for example the conduct complained of does not relate to the employment of the complainant himself or herself.

Here is an example.

“As I have said previously:

‘“Whistleblowers” have an important role to play in our society, which deserves protection. No employee should face the risk of being dismissed merely because he or she makes a serious complaint of wrongdoing by a manager. Moreover, the mere fact that a complaint turns out to be wrong, by itself, should not lead to termination.’ Chrys Chrysostomou v Autohaus Classic BMW t/as Trivett Classic Pty Ltd [2007] AIRC 869.

However, that principle assumes the ‘whistleblower’ is acting in good faith. It is not a licence for employees to act in the irresponsible manner adopted by the applicant. “