Using drugs at work a valid reason for dismissal 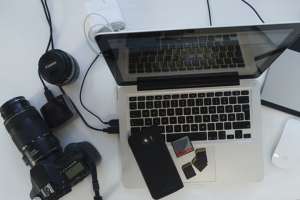 Ordinarily the unlawful use of prohibited drugs in the workplace will be regarded as a valid reason for dismissal, as this passage from a recent unfair dismissal case makes clear.

[60] The termination of Mr Harris’ employment was related to his conduct, not his capacity. The reason must be “sound, defensible or well founded”, rather than “capricious, fanciful, spiteful or prejudiced” 1. The onus is on the Respondent to establish that the alleged conduct occurred.

[61] I have found on balance that Mr Harris offered a number of persons, including two employees of the Respondent marijuana on 8 August at a private function at the Respondent’s premises, and that he also admitted to Ms Condor that he went to his car “all the time” to smoke marijuana. I have also found Mr Harris admitted to Mr Linskey using marijuana including at work to manage his stress and anxiety at their meeting on 26 August.

[62] From Mr Linskey’s evidence it is apparent that the reason relied upon by the employer was that Mr Harris was using illegal drugs during work hours and on company premises, and this was based on Mr Harris’ admission to Mr Linskey. Given I have accepted that Mr Harris made this admission in the meeting on 26 August I am also satisfied the allegation has been made out. The question becomes, is this a valid reason for dismissal?

[63] The Respondent sought to rely on clause 20(h) of Mr Harris’ contract of employment which provides as follows:

20.1 The Employer may terminate your employment without lieu of notice for any of the following reasons, if you:

“(h) abuse alcohol or drugs whilst on the Employer’s premises, or just prior to commencing work on the premises, which adversely affects your ability to carry out your duties…”

[64] The language in clause 20.1(h) on its face is intended to be read such that it would be a breach of clause 20.1(h) were Mr Harris to abuse alcohol or drugs, and for that abuse to adversely affect his ability to carry out his duties as an apprentice golf professional. The Respondent did not lead any evidence to establish that Mr Harris’ ability to carry out his duties was adversely affected by his admission that he used marijuana. On that basis I cannot be satisfied that the Respondent is entitled to rely on clause 20.1(h).

[65] The question then turns to whether the use of marijuana of itself while on an employer’s premises and at work is a valid reason for dismissal. In Queensland, cannabis is an illegal drug in accordance with Schedule 2 of the Drugs Misuse Regulation 1987.

[66] It is an offence to possess illegal cannabis and to possess items used for taking drugs such as a bong. It is also an offence to supply illegal drugs, including giving them to someone else. Unlawful conduct undertaken on the employer’s time, and on the employer’s premises could provide a valid reason for termination. Mr Harris’ contract of employment included the following at clause 5:

“5.2 You also have general duties to:

(b) at all times act faithfully, honestly and diligently

(e) act in the Employer’s best interests at all times.”

[67] Given Mr Harris’ admission to Mr Linskey that he engaged in unlawful conduct at work and on the employer’s premises I am satisfied Mr Linskey was in breach of his duties as an employee including the general duties under his contract of employment as set out above. On that basis I am satisfied that the Respondent had a valid reason for termination.”