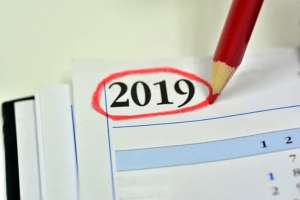 A genuine contract of employment for a specified term, which terminates at the expiration of that term, cannot attract an unfair dismissal claim. That is so even if the contract refers to an “initial term”. Although there is a legal controversy about the impact upon this principle if the contract contains a clause entitling a party to bring a specified term of employment to end and before that time, there is no doubt about the first of these principles.

The Respondent did not tender the position description referred to in the contract and the parties did not specifically refer to the provisions of the position description in relation to review of the contract. In light of the Applicant’s denial that he had ever been shown the document tendered by the Respondent in response to my request, I have not had regard to that document. The fact that the contract mentions a review process does not change its nature as a contract for a specified period of time. The review does not give rise to any right to terminate the contract before its specified end date and does not raise any ambiguity in relation to the specified end date.

I do not accept that the inclusion of the term “initial” created ambiguity about the period of time for which the contract would run. If there was ambiguity associated with the use of the term “initial” it could only relate to whether it was intended that a further contract would be offered at the completion of the period specified in the earlier contract. The term initial did not alter the nature of the contract in which it was included so that the contract ceased to be a contract for a specified period of time.

The present case is not one where the contract under consideration is the latest in a series of time limited contracts so that it could be said that the contract did not represent the reality or totality of the terms of the employment relationship. It was the first and only contract between the parties. Nor do I accept the other matters relied on by the Applicant to establish ambiguity about the end date of the contract or its nature. That the Respondent agreed to the Applicant entering into a novated lease to purchase a vehicle for a period beyond that specified in the contract, did not create any ambiguity in relation to the period of time specified in the contract.”