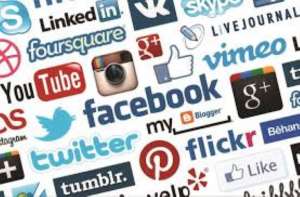 I recently came across these interesting observations by a senior member of the Fair Work Commission about the use of social media in a fair work or  employment Law context.

“Five years ago, in Little v Credit Corp Group Limited [2013] FWC 9642 (‘Little’), I had this to say about the emergence of social media and its implications in the employment context. At para 67-69, I said:

[67] It was inevitable with the seismic shift to the phenomenon of social media as a means of widespread instantaneous communication, that it would lead to new issues in the workplace. These include the extent of the use of social media while at work, the content of such communications and whether they be work or non-work related. Employers have had to respond to the new phenomenon with appropriate policies and codes of conduct – just as they had to respond to employees using work provided computers to receive, store or distribute inappropriate or non-work-related material.

[68] There is no doubt that in this case, the respondent has a Code of Conduct dealing with the applicant’s actions. Moreover, the applicant was aware of, and acknowledged the Code and participated, on two occasions, in training on appropriate behaviour in the workplace. In this respect, these circumstances are not unlike those present in O’Keefe v Williams Muirs, where Swan DP said at paras [42]-[44]:

‘[42] Even in the absence of the respondent’s Handbook warning employees of the respondent’s views on matters such as this, common sense would dictate that one could not write and therefore publish insulting and threatening comments about another employee in the manner in which this occurred.

[43] The fact that the comments were made on the applicant’s home computer, out of work hours, does not make any difference. The comments were read by work colleagues and it was not long before Ms Taylor was advised of what had occurred. The respondent has rightfully submitted, in my view, that the separation between home and work is now less pronounced than it once used to be.

[44] I have accepted that the applicant’s conduct was repudiatory conduct which amounted to serious misconduct.’

[69] Even if the respondent had no policies or a Code of Conduct directly addressing the applicant’s actions, it would be of no consequence. One hardly needs written policies or codes of conduct to understand and appreciate that, firstly, the kind of sexual comments made about the new employee were grossly offensive and disgusting and were more than likely to cause hurt and humiliation. Secondly, there can be no doubt that the comments made by the applicant about CAP were likely to adversely impact on the respondent’s relationship with that organisation and damage the respondent’s wider reputation.

In Linfox Australia v Stutsel [2012] FWAFB 7097 a Full Bench of Fair Work Australia referred to the description of Facebook given by Brown J in the Ontario Supreme Court of Justice:

Terms of Use, “a social utility that connects you with the people around you”…

[18] The site is available for the personal, non-commercial use of its users. Content which users may post on Facebook includes photos, profiles (name, image, likeness), messages, notes, text, information, music, video, advertisements, listing and other content. The sites’ “Facebook Principles” indicates that a user may “set up your personal profile, form relationships, send messages, perform searches and queries, form groups, set up events, add applications, and transmit information through various channels.”

[19] When a person registers with Facebook, he creates his own profile and privacy settings. Profile information is displayed to people in the networks specified by the user in his privacy settings – e.g. a user may choose to make his private profile information available to others within his school, geographic area, employment network, or to “friends” of “friends”. A user can set privacy options that limit access to his profile only to those to whom he grants permission – the so-called “friends” of the user.

[31] … From the general evidence about Facebook filed on this motion it is clear that Facebook is not used as a means by which account holders carry on monologues with themselves; it is a device by which users share with others information about who they are, what they like, what they do, and where they go, in varying degrees of detail. Facebook profiles are not designed to function as diaries; they enable users to construct personal networks or communities of “friends” with whom they can share information about themselves, and on which “friends” can post information about the user.

The Full Bench added at para 25:

The posting of derogatory, offensive and discriminatory statements or comments about managers or other employees on Facebook might provide a valid reason for termination of employment. In each case, the enquiry will be as to the nature of the comments and statements made and the width of their publication. Comments made directly to managers and other employees and given wide circulation in the workplace will be treated more seriously than if such comments are shared privately by a few workmates in a social setting. In ordinary discourse there is much discussion about what happens in our work lives and the people involved. In this regard we are mindful of the need not to impose unrealistic standards of behaviour and discourse about such matters or to ignore the realities of workplaces.

In Bowker, Coombe, Zwarts v DP World Melbourne Ltd [2014] FWCFB 9227, a Full Bench of the Commission dealt with Facebook posts in connection with the workplace, albeit under the Anti Bullying provisions of the Act, and specifically within the context of the employees’ claims of being bullied at work, within the meaning of s 789FF(1)(b)(i) of the Act. At paras 53-58 the Full Bench said:

[53] In most instances the practical application of the definition of ‘bullied at work’ in s.789FD will present little difficulty. But there will undoubtedly be cases which will be more complex, some of which were canvassed during the course of oral argument. For example, a worker receives a phone call from their supervisor about work related matters, while at home and outside their usual working hours. Is the worker ‘at work’ when he or she engages in such a conversation? In most cases the answer will be yes, but it will depend on the context, including custom and practice, and the nature of the worker’s contract.

[54] The use of social media to engage in bullying behaviour creates particular challenges. Conceptually there is little doubt that using social media to repeatedly behave unreasonably towards a worker constitutes bullying behaviour. But how does the definition of ‘bullied at work’ apply to such behaviour? For example, say the bullying behaviour consisted of a series of facebook posts. There is no requirement for the person who made the posts (the alleged bully) to be ‘at work’ at the time the posts were made, but what about the worker to whom they are directed?

[56] We acknowledge that the meaning we have ascribed to s.789FD may give rise to some arbitrary results. A worker may only access comments on social media which constitute unreasonable behaviour (with the meaning of s.789FD(1)(a)) at a time when they are not ‘at work’ and the behaviour will not fall within the scope of Part 6-4B. But it seems to us that such a consequence necessarily follows from the fact that the legislature has adopted a definition which is intended to confine the operation of the substantive provisions.

[57] An additional consideration arises in the context of unreasonable behaviour through the medium of social media. What is the position in respect of Facebook posts which have no relevant workplace connection, eg posts from a former partner who has no workplace connection with ‘the worker’. If such posts constitute unreasonable behaviour and they are read by the worker while he or she is ‘at work’, do they fall within the scope of the definition in s.789FD (assuming that they also create a risk to health and safety: s.789FD(1)(b))? We doubt that such an outcome was intended by the legislature having regard to the legislative context and the language of s.789FD. As this issue does not directly arise in the present matter it is unnecessary for us to express a concluded view, but it is illustrative of the sort of practical issues which may arise in the application of the definition of ‘bullied at work’ in s.789FD.

[58] We do not think it appropriate to canvass the practical application of the definition of bullied at work beyond what we have already said. The application of the meaning of ‘at work’ in a particular case will depend on all the circumstances and it is appropriate that the jurisprudence develop on a case by case basis. We now turn to deal with the Respondents’ strike-out application.

I am also grateful for the helpful collection of recent unfair dismissal cases dealing with the use of social media and texting between private phones, set out by Commissioner McKenna in Colwell v Sydney International Container Terminals [2018] FWC 174.”