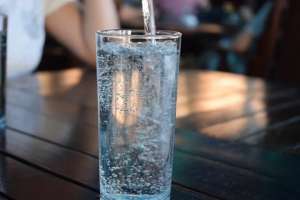 In a recent decision of the Federal Court of Australia it has been judicially held that Australian employees have a workplace right to toilet breaks and to “drink water” as fundamental work safety rights in addition to any express entitlements to do so under an award or enterprise agreement. That this decision was even required is astonishing.

””There is not much point in imposing a statutory duty on an employer to provide, materially, toilets or drinking water if an employee cannot access the same. Neither does it seem to me an answer to say that the Agreement provides for breaks after specified numbers of hours of work and that the required facilities can be accessed during these breaks. So they can. But the breaks are termed “drink break” and “meal break”, the titles being indicative of their purpose. In particular, neither has as its purpose the use of toilet facilities. Neither does a need to use toilet facilities necessarily arise with particular, predictable, temporal regularity. Denial of access as needed to toilet facilities or drinking water could, as a matter of ordinary life experience, have adverse health and safety ramifications for an employee and thus enliven the primary statutory duty of an employer found in s 19 of the WHS Act. On the other hand, it is not hard to see how some employers might under the guise of toilet or drink break needs avoid the undertaking of duties for which they are employed. Reconciliation of this latter consideration with this primary statutory duty would, as its specification indicates, be within the realm of what is ‘reasonably practicable’ “.

As there were apparently no Australian authorities on the question of the right of employees to use the toilet or consume drinks, Justice Logan referred to a decision of the Ohio Court of Appeals, Zwiebel v Plastipak Packaging Inc. In considering that decision, his Honour stated:

“In upholding a conclusion reached at trial that the termination was lawful, the Ohio Court of Appeals did not dissent from the joint position of the parties that a conclusion of the trial judge that ‘there is a public policy that requires the employer to make available toilet facilities, although reasonable restrictions may be placed on access’ flowed from an occupational health & safety specification in relation to the provision by an employer of toilet facilities similar to reg 41 of the WHS Reg. The upholding of the termination turned on what was regarded on the facts as an unreasonable conduct in breach of a reasonable restriction. The restriction was that the employee should seek another to cover for him while absent.”……………………………………………….

“Tantex was obliged, even outside the 10 minute drink break (or the meal break for that matter) to allow an employee access during paid time to the toilet and drinking facilities it was obliged to provide, although it was permissible for it to a place a reasonable restriction on that access. What might amount to a reasonable restriction is inherently fact specific, as Zwiebel v Plastipak Packaging illustrates. One might think, for example, that the refusal of access to time off for a drink within a few minutes after the clause 29 mandated drink break was a reasonable restriction but, on a particularly hot day in circumstances where air-conditioning in a kitchen area was failing to deny a sweating Crew Member in the kitchen that time off might not be reasonable. Equally, for an employee just dash off for a drink leaving hamburger patties or fries to burn might not be reasonable. One might hope and expect that occasion such as Zwiebel v Plastipak Packaging for determining whether employer or employee conduct was or was not reasonable would be infrequent. That is because, as in human affairs generally, in relations between employer and employee, the reasonable conduct of one tends to engender the reasonable conduct of the other.”