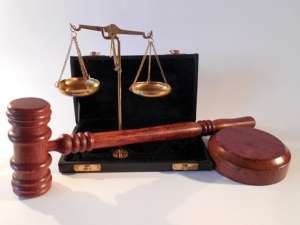 Sec 341 of the Act provides inter alia that a person has a workplace right if the person is able to make a complaint or inquiry in relation to his or her employment. There has long been judicial controversy about the circumstances in which the law might consider that a complaint or inquiry has been made. For example if an employee asks his or her manager whether her employer will be reviewing his or her salary, has the employee exercised a workplace right?

Here is the beginning of an explanation.

“As held in Ratnayake, it is, in my view, unnecessary that the employee, in making a complaint that he or she is able to make, expressly identifies the communication as a complaint or grievance, or uses any particular form or words.  It is necessary only that relevant communication, whatever its precise form, would be reasonably understood in context as an expression of grievance or a finding or fault which seeks, whether expressly or implicitly, that the employer or other relevant party at least take notice and consider the complaint.

Whether an employee has made a complaint is a matter of substance, not form, which should be determined in the light of all relevant circumstances. It does not depend solely on the words used. An employee’s communication of a grievance or accusation could amount to making a complaint within the meaning of s 341(1)(c)(ii) despite an express disavowal of any intention to complain if a reasonable observer would conclude from the employee’s words and conduct in the circumstances (including the nature and gravity of the grievance or accusation) that he or she intended to bring the grievance to the employee’s attention for consideration or other appropriate action”.

Section 340(1) of the FW Act provides that “a person must not take adverse action against another person because the other person has exercised a workplace right”.  The definition of “workplace right” contained in s.341(1)(c)(ii) of the FW Actincludes the ability of an employee to make a complaint or inquiry in relation to that employee’s employment.”