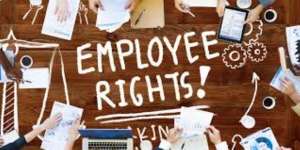 The general protections of the Fair Work Act prohibit the taking of adverse action if one of the reasons for the taking of that action is that an employee has or has exercised a workplace right, or proposes to do so; sec 341. That section provides that a person as a workplace right, inter alia, if he or she is able to make a complaint or inquiry if the person is an employee “in relation to his or her employment”.

Many conciliation conferences in the Fair Work Commission include an almost routine contest between the representatives of an employee and those for the employee debating whether or not the complaint or inquiry must be genuine or sincere. Here is the answer from a federal Circuit Court judge.

“There is some conflict in the authorities as to whether a “complaint” within the meaning of sub-s.341(1)(c)(ii) must be founded on a source of entitlement or can be about any matter in relation to the employee’s employment: compare Shea v TRUenergy Services Pty Ltd (No.6) (2014) 242 IR 1 at [29] and Murrihy v Betezy.com.au. Pty Ltd (2013) 238 IR 307. In Henry v Leighton Admin Services Pty Ltd (2015) 299 FLR 342 Judge Manousaridis of this Court undertook a detailed analysis of the different views on this issue and concluded that the broader view (based on the plain language “in relation to”) was generally supported by the Federal Court decision: see more recently, O’Kane v Freelancer International Pty Ltd [2018] FCCA 933 at [127] – [128].

On either view, Mr King made a complaint in relation to his employment. In essence, he complained that his rights under the contract of employment to be employed and paid for a term of 5 years were threatened by Mr Wang’s indication that he was going to terminate that contract.

The respondents also argue that this was not a “complaint” because Mr King had no genuine belief about the complaints made by him in either the 4 April 2017 email or the letter of 12 April 2017. That argument must be rejected on the facts, that is, regardless of whether a “complaint” must be genuine in order to fall within sub-s.341(1)(c)(ii) of the FW Act: see Shea v TRUenergy [2014] FCAFC 167 at [12].”