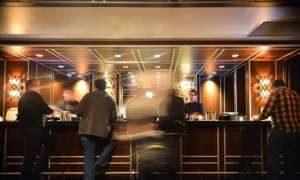 Paradoxically, the general protections also prohibit an employee, or group of employees from taking adverse action against an employer who might exercise a workplace right.

What level of formality is required for the employee to invoke the protection by exercising such a right? In the following case, the event was a conversation in a bar, and this is how the trial judge dealt with the matter.

“Against that factual by backdrop I must determine whether the second employment complaint in fact and in law was a “complaint” for the purposes of s 341(1)(c) of the FWA, as judicially interpreted in TRUenergy.  In my opinion it was.  It occurred during the discussion in a bar on 26 February 2015, the location of which was an unimportant.  As a matter of common human experience, very many business-related discussions take place in a seemingly social environment such as a coffee shop, luncheon venues and even in bars.  The location at which the relevant discussion was held neither clothes the discussion with seriousness nor did it militate away from the conclusion that a serious matter of business was transacted at the relevant venue.  In the same way that formality of language cast in terms of offer and acceptance is not necessary before a contract will come into existence and that parties can drift into a contractual relationship (see Empirnall Holdings Pty Ltd v Machon Paull Partners Pty Ltd,[31] Pobjie Agencies Pty Ltd v Vinidex Tubemakers Pty Ltd[32] and Husain v O & S Holdings (Vic) Pty Ltd)[33] so too, the physical setting of discussions does not render the discussions social as opposed to business in nature.  Mr Forbes wrote in the respondent’s submissions of 13 October 2017 that the discussions were “clearly in a social environment” and that a response from Mr Keenan’s “managers cannot elevate (his) conduct in the bar to the exercisable workplace right”.

I do not agree that the place where the discussion took place is determinative.

Workplace rights are exercised in all manner of venues and at all hours of the day or night.  The important issue is the substance of the communication, a matter specifically pointed up by Dodds‑Streeton J in TRUenergy because the relevant matter is whether the communication, as a matter of substance, conveys a grievance.”