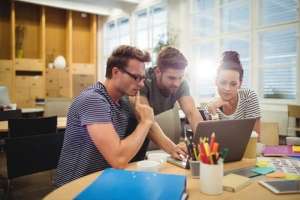 Under the Fair Work Act, the most common general protections’ claim pursued involves an allegation that an employee suffered adverse action action because he or she exercised a workplace right. Sec 341 of the Act provides that a person who is an employee has a workplace right inter alia if the person is able to make a complaint or inquiry in relation to his or her employment. How is this defined? Here is the answer.

“As it happens, it is convenient to answer the second preliminary question first on the assumption that it is possible for the statutory fiction set out in s. 341(3) to apply to an inquiry which engages s. 341(1)(c)(ii) of the FW Act.

First, and for my part, I doubt whether all of the alleged inquiries here were each an “inquiry” for the purposes of s. 341(1)(c)(ii).  The seeking of legal advice was certainly an “inquiry” (the first part of the Second Alleged Inquiries): see Murrihy v. Betezy.com.au Pty Ltd [2013] FCA 908; (2013) 238 I.R. 307 at [143] per Jessup J. But the request to have the applicant’s work station set up ergonomically (the second part of the Second Alleged Inquiries) was not directed to any investigation or examination made for the purpose of acquiring knowledge or information. It was rather a simple application made as part of the applicant’s negotiation of her work conditions. Nor was the applicant’s statement that she had received legal advice and wanted to make changes to the Proposed Contract an “inquiry” (the Third Alleged Inquiries). Again, what was said simply formed part of the negotiations between the parties. I otherwise accept that the question asked about the award or enterprise agreement was an “inquiry”, but doubt whether the same could be said in relation to the requests for amendments to the Proposed Contract and to the request for an ergonomic work station (all part of the Fourth Alleged Inquiries). Nonetheless, in what follows I have assumed, in accordance with the wishes of the parties, that each of the Second, Third and Fourth Inquiries constituted an “inquiry” as that word is used in s. 341(1)(c)(ii) of the FW Act.”