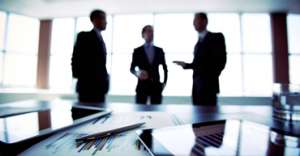 I am available to conduct independent workplace investigations. My focus is to do so within time and on or within budget. During my long career, formerly as a legal practitioner and more recently as an industrial agent I have carried out many, many workplace investigations with absolute integrity and reliability. I am experienced, scrupulously impartial, thorough and fair. I have never had the findings of an investigation challenged and although on occasions the parties have been adversaries during the process, my practice is to endeavour when possible to reduce conflict to a minimum. I am also a fully qualified LEADR mediator which is particularly useful in difficult investigations with the potential for an adversarial outcome.

During my career I have persistently represented both employers and employees and trade unions.

My rates are competitive, and my time as Acting President of the Western Australian Industrial Relations Commission has provided me with profound experience in resolving conflict in the workplace. I am also a fully trained and qualified mediator. Some of the investigations have been very significant, for example when I was a lawyer, I conducted a major investigation into the Gracetown cliff disaster and tragedy which I undertook for one of the State’s major statutory regulators.*****see below for a case in point 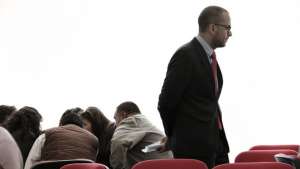 I am a fully qualified LEADR mediator, and have conducted many mediations (and of course many hundreds of conciliations) in my career, arising from conflict and disharmony in the workplace. Mediation is an alternative dispute resolution method to litigation or arbitration (or even physical combat in former times) where a neutral and impartial third party, the mediator, facilitates active dialogue forming structured multi-stage process aiming to help both parties reach a conclusive and mutual satisfactory agreement. Mediators assist all involved parties in articulating and identifying their own interests, priorities, wishes and needs to each other. Mediation is a very effective “peaceful” dispute resolution mechanism that is complementary to the current court system and the ongoing arbitration practice.

Conciliation is another dispute resolution process that involves building a positive relationship between the parties in dispute. Conciliation is also fundamentally different than arbitration and mediation in many ways. The “conciliator” is an impartial person that assists the parties by driving their negotiations and directing them towards a satisfactory agreement. Unlike arbitration, conciliation is a significantly less adversarial proceeding; it seeks to identify a right that has been violated and searches to find the optimal solution.

My services also include my experience as a negotiator. Obviously as a former senior court lawyer, much of my professional time was spent negotiating resolutions of legal disputes. My skills in doing so are well recognized, particularly in the employment scene in Western Australia.

I have lead the negotiations in many enterprises bargaining situations, and particularly enjoy doing so because successful outcomes are very satisfying for all parties concerned. Without wishing to sound trite, a satisfying and contented group of employees are more productive than a workforce which is not.

A case in point; workplace investigations

What follows, I hope, is the planting of a seed of comprehension about the significance of the issue so that employers and their HR managers and directors may gain some insight into the significance of their choice of investigator. There are dozens of people who claim that the are workplace investigators. A few are lawyers, but most have no apparent qualifications at all. Many are not even industrial agents with a grounding in workplace law. For example, as the Fair Work Commission has made clear, there is a very fine yet real line between the principle that an employee is bound to comply with an employer’s lawful and reasonable instructions (which solely justifies and legitimizes a mandatory requirement for an employee to honestly participate in such an investigation) and self incrimination, whether as a principal to an event or events or as a witness.

If I may be so bold as to suggest it, if you are an employer looking to identify a competent person to conduct an important investigation, one way of testing that competency is to ascertain whether the person is even aware of the issue, the answer to the implications of it and how to manage it.

I cannot articulate the issue better than the Full Federal Court of Australia in a recent judgment.

“The primary judge did not accept that privilege against self-incrimination was capable of being enlivened in the workplace investigation.  Her Honour held that there was no exposure to a civil penalty in the circumstances of the investigation.

Privilege against self-incrimination means that a witness cannot be compelled to answer questions that may show the witness has committed a crime with which the witness may be charged if the answers may place the witness in real and appreciable danger of conviction:  Sorby v The Commonwealth (1983) 152 CLR 281 at 294.

The appellant’s argument is that if s 39(2)(d) of the CMSH Act, which requires a coal mine worker to comply with an instruction given for safety and health by a supervisor, applies, then a failure to discharge that obligation is potentially an offence under s 34. The appellant submits that he was protected by privilege against self-incrimination and was not required to answer questions at the disciplinary interview. He argues that answering any questions about failing to attend a medical examination may have shown that he had committed an offence, and that his answers may have placed him in real and appreciable danger of conviction. He submits that he was entitled to refuse to answer his employer’s questions and, therefore, his refusal to answer questions was not a valid reason for his termination.

In considering whether privilege against self-incrimination applies, the test traditionally applied is whether the person claiming the privilege genuinely and reasonably apprehends a danger from being compelled to answer the question objected to:  Accident Insurance Mutual Holdings Ltd v McFadden (1993) 31 NSWLR 412 at 421-422. The claimant must show that there is a real and appreciable risk of criminal prosecution if he or she answers, and that he or she has a bona-fide apprehension of that consequence on reasonable grounds: Re Australian Property Holdings (in liq) No 2 (2012) 93 ACSR 130, [115], Anderson v Australian Securities and Investments Commission [2012] QCA 301 at [22]. A real and appreciable risk does not exist if a witness’ prior statements have already exposed the witness to a risk of prosecution where giving answers will not lead to any increase in jeopardy to which the witness is already exposed:  Gemmell v Le Roi Homestyle Cookies Pty Ltd (in liq) [2014] VSCA 182 at [87]; see also Microsoft Corporation v CX Computer Pty Ltd (2002) 116 FCR 372 at [41].

In the interview with Mr Gustafson, the appellant was asked to explain his reasons for not attending the appointments as directed.  It is certainly arguable that the appellant was not entitled to refuse to answer on the basis of privilege against self-incrimination because the answer could only have been exculpatory, rather than adding to his jeopardy.  For example, he could have explained that he did not attend the appointments because he did not have his scans and medical records as he asserted to Mr Gustafson on 17 April 2003, or he could have said he did not receive the instruction in time to attend the re-scheduled examination, as he asserted in his evidence before Commissioner Spencer.  The appellant voluntarily gave evidence before Commissioner Spencer about these events, perhaps demonstrating that he did not genuinely apprehend a danger from being compelled to answer the question he was asked in the interview.  However, as the appellant did not raise the issue before Commissioner Spencer, there has been no attempt to identify and make findings upon all the relevant factual circumstances. The question of whether privilege against self-incrimination applied cannot be determined by this Court in such a vacuum of facts.

In any event, the appellant made no claim of privilege against self-incrimination at the interview.  He merely declined to answer questions unless they were put in writing.  It is for the person claiming privilege to assert it and to identify its precise basis:  see Heydon JD, Cross on Evidence (LexisNexis) at [25100]; Re Trade Practices Commissioner v Arnotts Limited [1989] FCA 256 at [6].