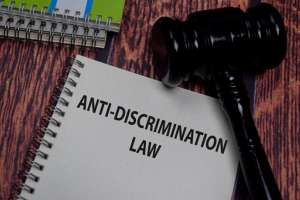 The Sex Discrimination Act 1975 (CW) contains provisions which deal with discrimination on the grounds of a person’s sex in the workplace in Australia. There is not a great deal of case law on the subject but here is an extract from a recent Federal Circuit Court of Australia case which deals on a limited basis with some of the legislative principles.

The central provision of the SD Act on which Ms Sabha relies is s 14(2), which provides that it is unlawful for an employer to discriminate against an employee on the ground of, among other things, the person’s sex by, among other things, “dismissing the employee”, or by “subjecting the employee to any other detriment”. Section 5(1) of the SD Act specifies when a person (discriminator) discriminates against another person (aggrieved person) on the ground of the sex of the aggrieved person; and that is when “the discriminator treats the aggrieved person less favourably than, in circumstances that are the same or are not materially different, the discriminator treats or would treat a person of a different sex”. Section 106 of the SD Act deals with vicarious liability.

In her amended application Ms Sabha alleges four events or classes of events. One is what occurred in the 17 May conversation; the second is Mr Skantzos harassing Ms Sabha; the third is Ms Sabha not having been given proper training; and the fourth is ARL terminating her employment. One fundamental difficulty with Ms Sabha’s claims under the SD Act is that the amended application does not allege facts that could reasonably suggest that these events occurred because of Ms Sabha’s sex. Stated another way, there is nothing in the facts Ms Sabha alleges in the amended application that could reasonably suggest that, assuming the alleged events occurred, Ms Sabha was treated less favourably than relevant comparators would have been treated in circumstances that were the same or not materially different from the circumstances in which Ms Sabha alleges the events occurred. It is true Ms Sabha alleges that Mr Skantzos “seemed to be okay with other team mates having fun, taking long breaks not working enough but all work pressure was created only on [Ms Sabha] on purpose”; but Ms Sabha does not identify the composition of the “other team mates”. It may well include persons of the female gender; and, it may include persons of a similar ethnicity to Ms Sabha.

For these reasons, I am satisfied that Ms Sabha’s claims based on unlawful discrimination under the SD Act are not reasonably arguable and Ms Sabha, therefore, would have no reasonable prospects of succeeding on a claim based on the SD Act.

It is unlawful for a person to do any act involving a distinction, exclusion, restriction or preference based on race, colour, descent or national or ethnic origin which has the purpose or effect of nullifying or impairing the recognition, enjoyment or exercise, on an equal footing, of any human right or fundamental freedom in the political, economic, social, cultural or any other field of public life.

There is nothing in the allegations of fact contained in the amended application which, if accepted, could reasonably support conduct that would fall within s 9(1) of the RD Act. A claim based on a contravention of s 9(1) of the RD Act, therefore, is not arguable and, for that reason, would have no reasonable prospects of success.

Section 15 of the RD Act provides that it is unlawful for an employer to do a number of things, one of which is to dismiss another person from his or her employment “by reason of the race, colour or national or ethnic origin” of the person. I have considered elsewhere the meaning of “by reason of the race . . . or ethnic origin of that other person”, [7] and I will consider this part of Ms Sabha’s claims bearing in mind what I there said.

This part of Ms Sabha’s claims contain one set of allegations which, if accepted and considered alone, could conceivably support a claim that ARL terminated Ms Sabha’s employment because of her race or ethnicity. The allegations are what Mr Skantzos said in the 17 May conversation. Those allegations, however, must be considered in the context of all of the allegations made in the amended application. In particular, account must be taken of the following:

(a)          First, in the 17 May conversation Mr Skantzos went no further than asking whether Ms Sabha’s role was right for her, and suggesting that if she was unable to work in the role Ms Sabha could be moved to another team. That does not manifest any intention to terminate Ms Sabha’s employment.

(b)          Second, ARL did not terminate Ms Sabha’s employment until 3 July 2019, some six weeks after the 17 May conversation, and after the events alleged in the amended application occurred. These events include Ms Sabha being pressured to perform more and more work; Ms Sabha not knowing how to handle customers because Ms Sabha claimed she had not been trained on questioning customers about accidents; Ms Sabha being bullied and harassed by Mr Skantzos; and Ms Sabha escalating what she considered to be the unfair assignment to newly arrived employees of files Ms Sabha had almost completed.

(c)          Third, Ms Sabha does not allege that, other than the 17 May conversation, Mr Skantzos or any other person made a statement about Ms Sabha’s ethnicity or race.

In these circumstances, although I cannot say that Ms Sabha’s case based on s 15 of the RD Act is bound to fail, I am satisfied that the case based on the claim that ARL terminated Ms Sabha’s employment because of her race or ethnicity would be very weak, and, for that reason, Ms Sabha would not have reasonable prospects of succeeding on such clam.”