Workplace discrimination and the general protections 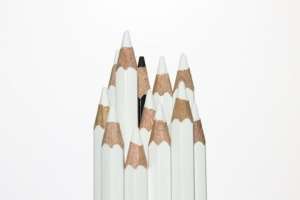 The general protections under the Fair Work Act render it unlawful for an employer to take adverse action against an employee or prospective employee because of the person’s “personal characteristics” such as age, race and various other reasons prohibited by discrimination laws.

In such cases it is often a very fine line between conduct which is unlawful in that sense, or not. For example what difficulties does a judge face when deciding whether an employer who chooses to retain one employee over another has done so on grounds which are prohibited or not. The following case is a good example. An employer had chosen to retain one employee instead of another on the basis of a preference for the employee’s personality in circumstances in which the judge appeared to conclude that the latter had her employment terminated on grounds which included that English was the latter’s second language.

“I accept Langs’ contention that the real reason for the termination of Ms Yang’s employment was Mr Price’s assessment of the relative suitability of Ms Yang and Ms Stone.  I do not rule out the possibility that Mr Price’s assessment was influenced by Ms Yang’s reaction to criticism and the fact that English is her second language.  Personality is not an attribute of race.  Language may be but is not necessarily a racial attribute.  Many persons of European background do not speak English well, or at all.  Many people of Asian background have a very high level of English language proficiency.  Further, and consistently with Langs’ submissions, I accept that for the purposes of these proceedings, her English language ability was not an attribute of her race.

The bottom line here is that the business had to choose between two employees and made a decision based upon Mr Price’s assessment of their relative worth to the business.

I find that Langs has discharged its onus of establishing that the dismissal of Ms Yang was not for a prohibited reason. “