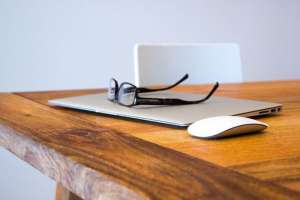 What follows is an extract from a decision of the Fair Work Commission which finds that relevant workplace bullying has occurred and deals with it my making orders that it stop. The decision itself is very lengthy so I have edited it by extracting some relevant pass ages from it and have done so in an endeavour not to misrepresent the whole of the decision, a process which is sometimes tricky. The case citation appears at the end of the post for any readers who wish to access the whole of the decision, which is what I recommend that you do.

(a) While the worker is at work in a constitutionally-covered business:

(i) an individual; or
(ii) a group of individuals;

repeatedly behaves unreasonably towards the worker, or a group of workers of which the worker is a member; and

(b) that behaviour creates a risk to health and safety.”

[151] Mrs Taylor continues to be employed, albeit on light duties. The matrimonial dispute between Mr Hoad and Mrs Hoad remains on foot and remains acrimonious. Both continue to work in the business. Mr Hoad contested this application and, apart from an apology in the witness box for describing Mrs Taylor as a “side-kick” he displayed no regret or remorse for the conduct he engaged in. He denies some of the conduct I have found to have occurred, and considers all other to have been reasonable management action. He has an unreformed view about Mrs Taylor being part of a conspiracy against him and his business and, to date, appears indifferent to the bullying she has experienced and its impact on her.

[152] In these circumstances I conclude that there is a real and present risk that Mrs Taylor will continue to be bullied at work…………….Conclusion

[192] Although Mrs Taylor indicated that she has tried to limit knowledge that she is on WorkCover for fear of being seen as weak or ostracised, no party before me has applied to anonymise or restrict the publication of this decision or orders.

[193] I am conscious that a decision of this nature discloses inner workings and conflict within a private business. I am also conscious that it largely focuses on two persons, Mrs Taylor and Mr Hoad. It necessarily does so, given that Mrs Taylor has made this application and given that Mr Hoad is the person named in her application. There may be other persons with views on this matter, but none other than Mrs Taylor, Mr Hoad and Mrs Hoad have come before me or been called by persons before me to give evidence. I have however not unnecessarily expanded in this decision on matters of a personal nature nor identified other persons in the narrative of events except where it has been necessary to do so. I see no public interest in the identification of Mr A and Mr B, or Ms C. I have anonymised their names in this decision.

[194] This is a decision of the Commission. Consistent with the principles of transparency and open justice 71 it is to be published.

[195] In terms of operative date, I have considered both practicality and the need for appropriate immediacy lest Mrs Taylor be subjected to further bullying conduct. In these circumstances I will order that:

[196] I conclude that Paula Taylor was bullied at work by William Mark Hoad within the meaning of the FW Act.

[197] I conclude that there is a risk that Paula Taylor will continue to be bullied by William Mark Hoad at work.

[198] I conclude that it is appropriate to make orders to prevent bullying at work of Paula Taylor. I do so in the terms of the published Order.

[199] I conclude that it is appropriate to publish this decision and the Order made and hereby do so.”