Who to believe in an unfair dismissal case? 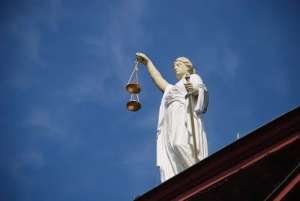 Most legal cases which are contested involve differing evidence as to the relevant facts. Thus in most cases including unfair dismissal where the facts are contested or in issue between the parties, it is necessary for the tribunal determining the case to make findings of facts out of this contested evidence.

How is that achieved? Here is a useful statement of the approach taken, albeit in a slightly different employment law setting in the Federal Court.

“In assessing the reliability of the evidence given, including that of Fahour, I have had regard to the following considerations conveniently collected by Wigney J in Rush v Nationwide News Pty Ltd (No 7) [2019] FCA 496 at [307]-[309]:

[307]       Witness demeanour is one consideration which may assist a judge to resolve conflicting evidence.  Sometimes the demeanour of a witness while giving evidence about contentious issues may provide insight into whether the evidence given by the witness is either honest and reliable, or dishonest or unreliable.  Signs that may indicate dishonesty or unreliability include evasiveness, nervousness, an apparent unwillingness on the part of the witness to make appropriate or obvious concessions and even, in some circumstances, overconfidence.

[308]       Even where a witness displays such traits when giving evidence, however, some caution must generally be exercised.  That is because a witness may, for example, appear nervous or evasive for reasons that have nothing whatsoever to do with the honesty or reliability of their evidence.  Other witnesses may be able to give evidence in an appropriately confident and direct manner and yet their evidence may be found to have been unreliable or, worse still, dishonest.  Witness reliability is not always a reliable signpost.  Indeed, judges have often cautioned against the dangers of too readily drawing conclusions about truthfulness and reliability based solely or mainly on the appearance of witnesses.  Scientific research has also cast doubt on the ability of judges to tell truth from falsehood accurately on the basis of such appearances: see Fox v Percy (2003) 214 CLR 118 at [30]-[31] and the cases there cited.

[309]       Aside from demeanour, there are other factors or considerations which may assist a judge in determining the credibility of a witness and the reliability of his or her evidence.  Those considerations include: whether the witness has previously given an account of the events in question and, if so, whether that previous account is consistent or inconsistent with the evidence given by the witness; the plausibility and apparent logic of the events described by the witness; and the consistency of the account of the events described as compared with other objectively established events.  Such considerations often turn out to be a much surer guide to the reliability of the evidence given by a witness about disputed events. As Atkin LJ observed in Société d’Avances Commerciales (Société Anonyme Egyptienne) v Merchants’ Marine Insurance Co (The ‘Palitana’) (1924) 20 Ll L Rep 140 at 152; cited in Fox v Percy at [30]:

… I think that an ounce of intrinsic merit or demerit in the evidence, that is to say, the value of the comparison of evidence with known facts, is worth pounds of demeanour.”