When is an employee dismissed? 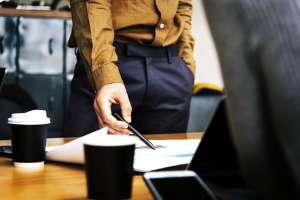 Here is an extract from a recent Fair Work Commission case which sets out the circumstances in which the Commission will regard the conduct of an employer as constituting a dismissal under the Fair Work Act.

“Section 386 of the Act sets out the meaning of ‘dismissed’ and states:

[176] In Mohazab v Dick Smith Electronics Pty Ltd (No 2) 79 (Mohazab), a Full Bench of the Industrial Relations Court of Australia, as this Commission then was, considered that a termination is at the employer’s initiative when:

[177] In O’Meara v Stanley Works Pty Ltd 80 (O’Meara), a Full Bench of the Australian Industrial Relations Commission, as this Commission then was, considered Mohazab and other case law considering when a termination will have been at the initiative of the employer, and concluded that there must be:

[178] While the question of whether an act of the employer results directly or consequentially in the termination of employment is an important consideration, I must consider all of the circumstances in this scenario including the conduct of the applicants and of Coast Cat. 81

[181] None of the parties attempted to discuss the applicants’ employment for the majority of the time that the applicants were on leave. At approximately 4:45pm on 26 February 2019, the day before the applicants were scheduled to return from leave, Mrs Waldron inquired of Mr Butler what their jobs were for the next day. It was not until the next day, on the morning of 27 February 2019 that Mr Butler responded to Mrs Waldron that Coast Cat had no work for her (and it is to be taken to include Mrs Olver).

[182] Mrs Waldron immediately replied to Mr Butler and asked what time he and Mr Perrott wanted to meet with her and Mrs Olver. After receiving no reply from Mr Butler, Mrs Waldron attempted to clarify the time for the proposed meeting with Mr Perrott, but again received no reply.

[184] In any event, Mrs Waldron sent a text message to Mr Perrott on 27 February 2019 asking when she and Mrs Olver should attend Coast Cat’s yard for the proposed meeting, which Mr Perrott did not respond to.

[185] I have determined that Mr Butler and Mr Perrott effectively ignored the applicants on their return from leave by not organising with them a meeting to discuss various issues, including Mr Butler’s concerns relevant to the treatment of younger workers. I accept on the evidence before the Commission that the Kanga was not in use during the relevant period 27 February – 6 March 2019, and there was no work available for the applicants.

[186] I do not accept, however, even taking into consideration the employment was casual employment, that Coast Cat could simply ignore the applicants and await their lack of interest in returning to conclude that the applicants resigned their employment. The applicants had been regularly and systematically employed for a period of five years, and they genuinely had a reasonable expectation of continuing work. The applicants reasonably concluded that they were being ignored by Coast Cat.

[187] I determine that there was a dismissal at the initiative of Coast Cat and that it took effect on 27 February 2019.