When is a resignation a dismissal for fair work cases 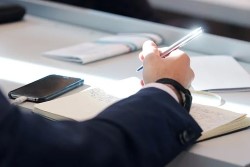 As can be seen from this passage from a decision of the Fair Work Commission rejecting an employee’s argument that he was forced to reign and thus his resignation was a dismissal for the purposes of the unfair dismissal jurisdiction, it is very difficult for an employee in those circumstances to have the Commission accept a resignation is a constructive dismissal.

[23] A person cannot bring an unfair dismissal application under s 394 of the FW Act unless the person has been ‘dismissed’. Section 386(1) states that a person has been dismissed if the person’s employment was terminated ‘on the employer’s initiative’ (s 386(1)(a)) or the person ‘has resigned from his or her employment, but was forced to do so because of conduct, or a course of conduct, engaged in by his or her employer’ (s 386(1)(b)).

[24] In Bupa Aged Care Australia Pty Ltd v Tavassoli [2017] FWCFB 3941, a Full Bench of the Commission considered the authorities on resignation and their application to s 386 of the Act, and concluded that, in considering whether a resignation is ‘forced’ for the purposes of s 386(1)(b), the test is ‘whether the employer engaged in the conduct with the intention of bringing the employment to an end or whether termination of the employment was the probable result of the employer’s conduct such that the employee had no effective or real choice but to resign.’ (at [47]) The question of whether a person has been forced to resign for the purposes of s 386(1)(b) is one that depends on the relevant factual findings.

[25] I make the following factual findings. First, I accept Mr Adams’ evidence that, during his telephone discussion with Mr Rush on 1 October 2021, he told Mr Rush that termination of employment was a possible outcome of the performance management process. This conclusion is consistent with the fact that the company was still waiting for Mr Rush’s response to the show cause letter. The company had not reached any final decision about Mr Rush’s future employment. Regardless of what was said during the conversation of 1 October 2021, it is clear that Mr Adams later told Mr Rush that dismissal was a possible outcome and that no decision had been made because Mr Rush had not responded to the show cause letter.

[27] Thirdly, I find that during the telephone conversation on 5 October 2021, Mr Rush said that he thought he should ‘part ways’ with the company and that he ‘would be resigning’, however in my view these words suggest that a resignation will or may occur in the future. Further, Mr Adams requested Mr Rush to put his decision in writing. In my view, Mr Rush had not conveyed a final decision to resign at this time.

[29] Fifthly, and more generally, I prefer the evidence of Mr Adams to that of Mr Rush in relation to their telephone conversations. Mr Adams’ evidence was clear, consistent, detailed, and convincing.

[30] Sixthly, although Mr Rush claimed in his F2 application to have been subjected to pressure, targeting, bullying and harassment, I find these claims to be unsupported by the evidence. They are not substantiated. Further, although I accept Mr Rush’s evidence that he has been through difficult personal circumstances, I do not accept that these created a situation in which the company’s conduct had the effect of placing pressure on Mr Rush to resign.

[31] Seventhly, I accept Mr Adams’ evidence that by 1 October 2021, Mr Rush had exhausted his annual leave and that he was not prepared to grant Mr Rush annual leave in advance because there was no indication of when Mr Rush would be returning to work so as to be able to generate new annual leave accruals.

[32] Eighthly, I find that Mr Rush was not given an ultimatum. He asked Mr Adams whether there was an alternative to the conclusion of the performance management process. There was such an alternative: resignation in exchange for a payment. The description of that payment was perhaps somewhat unclear. When an employee resigns, the employee must give notice to the employer. The employer does not give notice to the employee. Despite this, I find that Mr Rush understood what was proposed: as he said in his F2, he was offered four weeks’ pay. And although Mr Adams asked Mr Rush what his intentions were as to working during his notice period, I find that Mr Adams did not expect or require Mr Rush to work while he was unwell, or to work at all, but was rather ascertaining whether Mr Rush might wish to work during his notice period. Because Mr Rush had resigned, he was required to give the company notice and to work during this period if he was fit to do so, but this was not the deal. The alternative arrangement was that if Mr Rush resigned, he would receive four weeks’ pay, or as Mr Adams described it, ‘payment in lieu of notice’. Mr Rush is yet to receive payment in respect of two of those weeks, but I accept the company’s undertaking, through its Victorian manager Mr Adams, that it will honour this commitment.

[33] The text and email correspondence between the parties does not disclose or suggest any coercion on the part of the employer. Even after Mr Rush sent his text message to Mr Adams on 6 October 2021 stating that he resigned, Mr Adams insisted that he take 48 hours to think about it. On two further occasions Mr Rush confirmed his intention to resign, both by his text on 8 October 2021, and his email of 11 October 2021. Mr Rush now says that it was unfair of the company to require him to make a decision about his future employment while he was unwell and absent from work, but Mr Rush did not raise any concern about this with the company at the time. I do not accept Mr Rush’s statement that he was not in a position properly to consider the alternatives, or that the company should have believed this to be the case.

[34] Mr Rush could have chosen not to resign and engage with the disciplinary process by responding to the show cause letter. He did not do so. He chose to receive a payment from the company and avoid disciplinary action. This was his decision. The alternative arrangement of a resignation was attractive to Mr Rush because it entailed a payment that he would not otherwise receive. The company did not engage in conduct with the intention of bringing the employment to an end, nor was termination of employment the probable result of the company’s conduct. MSS gave Mr Rush an option, after he had asked whether there were any alternatives. Mr Rush freely chose the alternative that involved resignation and receipt of a payment.

[35] Mr Rush resigned of his own accord. He was not forced to resign because of the conduct of MSS, nor was he dismissed on the initiative of the employer. The company’s jurisdictional objection is upheld, and Mr Rush’s unfair dismissal application is therefore dismissed.”