When is a demotion a dismissal? 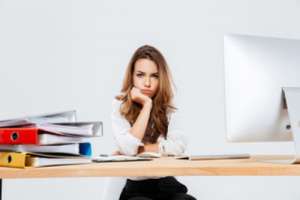 I am often asked by both employers and employees to provide advice about the legal implications of the demotion of an employee without his or her consent.

Here is an excellent analysis of the law by Perth Fair Work Commissioner BD Williams.

Section 386 of the Act defines when a person has been “dismissed” as follows:

In Navdeep Singh v MSS Security Pty Ltd [[2016] FWC 1857] the Commission as currently constituted considered the case law applicable to instances of demotion that were asserted to amount to dismissal as follows,

[40] What Mr Singh argues is that the respondent has repudiated his employment contract. Whether there has been a repudiation is a question of fact. Not every breach of contract is a repudiation. A repudiatory breach does not automatically terminate the contract but confers an elective right of termination on the innocent party.

[41] There is a body of case law that deals with this situation. Deputy President Gooley in the matter of Terence Lollback v the University of Southern Queensland considered the circumstances where a demotion is not a termination of employment. This particular matter concerned a circumstance where an employee had been demoted which the employer argued was authorised by the terms of an enterprise agreement and so was not a termination of employment and so not a dismissal.

[42] After considering the line of authority Deputy President Gooley found that she was bound by the decision of the Full Bench of the Australian Industrial Relations Commission in Elizabeth Gorczyca v RMIT University which had concluded that:

[43] Deputy President Gooley also considered another Full Bench decision of the Australian Industrial relations Commission in Charlton v Eastern Australian Airlines Pty Limited which turned its attention more broadly to when the termination of employment occurs and held as follows:

[33] The question of when a demotion constitutes a termination of employment within general law principles relating to termination of contracts of employment, unconstrained by the Convention, was given careful consideration by the Full Court of the Supreme Court of South Australia in Advertiser Newspapers Pty Ltd v IRC & Grivell. We respectfully adopt that analysis. Although the decision related to a different statutory context, that context required a consideration of general law principles that are equally applicable in the present case.

[44] The Deputy President in that case accepted that the demotion authorised by the applicable enterprise agreement was not a termination.

[45] This principle, that a demotion arising from the application of a clause in an agreement is not a termination of employment at the initiative of the employer nor is it a repudiation of the contract of employment, was earlier accepted and applied by Senior Deputy President Drake in the case of Michelle Holland v Qantas Airways Limited.

[46] The broader statement of principle identified by the Full Bench above is that a demotion of an employee by an employer which involves a significant reduction in remuneration that is not agreed to by an employee will not amount to a repudiation of the employment contract if it is authorised by a contract of employment, an applicable award or a certified/workplace agreement.

[47] More recently a Full Bench of the Commission in the case of Phillip Moyle v MSS Security Pty Ltd simplified the applicable principle as follows:

[13] An action taken by an employer to change the remuneration and duties of an employee could not constitute a dismissal under s. 386 (1) where the change was one authorised by the contract of employment.” (Reference omitted)

On appeal the Full Bench [[2016] FWCFB 3546] took no issue with this summary of the applicable case law and principles.

The Full Bench’s consideration, in the case of Philip Moyle v MSS Security Pty Ltd [[2016] FWCFB 372] mentioned above, of the exception in s. 386(2)(c) to the definition of dismissal was as follows,

“[9] We accept Mr Moyle’s submission to this effect. Section 386(1) sets out a general definition of what constitutes a dismissal. Section 386(2) then sets out three sets of circumstances which, even if they fall within the general definition, are deemed not to be dismissals. These are, in effect, exceptions to s.386(1). The third of these exceptions, in s.386(2)(c), relates to demotions in employment. In order to fall within this exception – that is, for a demotion that otherwise constitutes a dismissal under s.386(1) to be deemed not to be a dismissal, both limbs of the exception must be satisfied, as Mr Moyle submitted. The construction adopted by the Senior Deputy President was, with respect, in error because it inverted the exception by making it necessary for an applicant to negative both limbs of the exception in order for the demotion to be a dismissal. This would have the perverse result that a demotion in employment could never constitute a dismissal, even where it is plain that the existing contract of employment has been terminated and replaced by a new and inferior contract, because the employee will necessarily have remained in employment with the employer and thus could not negative s.386(2)(c)(ii).

[23] We do not consider that there was any repudiation of Mr Moyle’s contract of employment by MSS, and that it continued to operate in accordance with its terms after Mr Moyle’s transfer took effect. Therefore, there was no termination at the initiative of the employer under s.386(1)(a) and no dismissal.”

In the current case, for the Commission to have jurisdiction to consider this application the Applicant must prove her employment was terminated at the initiative of the Respondent.

Even if changes made by the Respondent (including demotion) did involve a significant reduction in her duties and/or remuneration this will not be a termination of her employment at the initiative of the Respondent if the contract of employment or applicable enterprise agreement authorised the Respondent to do this.

A demotion that would otherwise be a dismissal which falls within the exception of section 386(2)(c) of the Act is deemed not to be a dismissal.”