When a resignation will be a dismissal; a fine line 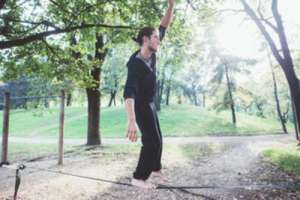 The vexed issue of when an employer’s conduct will be treated by the Fair Work Commission as a constructive dismissal and when it will not is very often equivalent to a very fine line indeed. The conclusion if often so problematic that it is fair to say that a resolution of the issue will be very difficult to predict, and to some extent dependent upon those influences which are impossible to objectively measure. It is why some members of the Fair Work Commission are likely to intuitively require more from an employer than others. This is human nature because employment relationships are very personal things.

Here is a good example of how a senior member of the Commission dealt with a very finely balanced contest between whether the conduct of the employer was such that it should be regarded as having forced a resignation or not.

The Deputy President first discussed the legal principles and the applied them to the facts.

The legal principles governing the application of section 386(1) are well established. Together with an analysis of its legislative history, they were recently set out by a Full Bench of this Commission in Bupa Aged Care Australia Pty Ltd v Tavassoli 3 as follows:

(2) A resignation that is “forced” by conduct or a course of conduct on the part of the employer will be a dismissal within the second limb of the definition in section 386(1)(b). The test to be applied here is whether the employer engaged in the conduct with the intention of bringing the employment to an end or whether termination of the employment was the probable result of the employer’s conduct such that the employee had no effective or real choice but to resign. Unlike the situation in (1), the requisite employer conduct is the essential element.” 4

Although decided under a previous Act, 5 the following approach of the Full Bench of the Australian Industrial Relations Commission in O’Meara v Stanley Works Pty Ltd6 remains generally relevant to the consideration of section 386(1):

“In this Commission the concepts have been addressed on numerous occasions and by a number of Full Benches. In Pawel v Advanced Precast Pty Ltd (Pawel) a Full Bench said:

In our view the full statement of reasons in Mohazab which we have set out together with the further explanation by Moore J in Rheinberger and the decisions of Full Benches of this Commission in Pawel and ABB Engineering require that there to be some action on the part of the employer which is either intended to bring the employment to an end or has the probable result of bringing the employment relationship to an end. It is not simply a question of whether “the act of the employer [resulted] directly or consequentially in the termination of the employment.” Decisions which adopt the shorter formulation of the reasons for decision should be treated with some caution as they may not give full weight to the decision in Mohazab. In determining whether a termination was at the initiative of the employer an objective analysis of the employer’s conduct is required to determine whether it was of such a nature that resignation was the probable result or that the appellant had no effective or real choice but to resign.” 7

Although determined by the English Court of Appeal, the following approach taken in CF Capital PLC v Willoughby 8  is also generally consistent with that of Australian Court and Tribunals:

“37. The ‘rule’ is that a notice of resignation or dismissal (whether given orally or in writing) has effect according to the ordinary interpretation of its terms. Moreover, once such a notice is given it cannot be withdrawn except by consent. The ‘special circumstances’ exception as explained and illustrated in the authorities is, I consider, not strictly a true exception to the rule. It is rather in the nature of a cautionary reminder to the recipient of the notice that, before accepting or otherwise acting upon it, the circumstances in which it is given may require him first to satisfy himself that the giver of the notice did in fact really intend what he had apparently said by it. In other words, he must be satisfied that the giver really did intend to give a notice of resignation or dismissal, as the case may be. The need for such a so-called exception to the rule is well summarised by Wood J in paragraph 31 of Kwik-Fit’s case and, as the cases show, such need will almost invariably arise in cases in which the purported notice has been given orally in the heat of the moment by words that may quickly be regretted.

………………………………….I readily accept that Ms Bengel resigned under the burden of immense pressure. She felt she had to choose between her job and a once-in-a-lifetime family holiday. It was not a choice she wanted to make. She liked her job; she was good at her job; and there was no evidence to the contrary before me. The consequences of forgoing the holiday were equally confronting – a loss of irreplaceable family time as well as a financial cost given that tickets and the like had been booked.

The explanation why Ms Bengel saw her choice so starkly is not just her belief that the time for decision was short. On the evidence, I find that Ms Bengel was shocked and taken aback that the employer had expressed a loss of confidence in her and had criticised her management judgment in such stark language. For Ms Bengel this was deeply upsetting and shook her to the core. She was an excellent store manager and prided herself in what had been achieved in her time in charge. She had a strong work ethic. The confidence of her employer was important to her. I find that, in part, her resignation was influenced by the fact that she saw her promising future with Gloss Accessories put under a cloud once Ms McClatchey said what she said, and then, with the support of the company owner, decided to revoke her leave.

Nor was Ms Bengel’s resignation a heat of the moment decision. She made the decision having removed herself from the immediate geography of the workplace and dialogue with work colleagues. She spent five hours at home, with family seeking their counsel, before she drafted (with her sister’s help) and sent a resignation email. Ultimately she chose the holiday at the expense of her job. It was not a choice she wished to make. It was her preference to have both. But in the circumstances, she was no longer able to have both.

For these reasons, I do not consider that Ms Bengel’s resignation was forced by the conduct or a course of conduct by Gloss Accessories within the meaning of the FW Act. As a Full Bench of this Commission recently said:

“The well-established test for a forced resignation was restated in the recent Full Bench decision in Bupa Aged Care Australia Pty Ltd v Tavassoli. The employer must have engaged in conduct with the intention of bringing the employment to an end, or termination of the employment must have been the probable result of the employer’s conduct, such that the employee had no effective or real choice but to resign. 21

Gloss Accessories intended to revoke Ms Bengel’s leave but it did not intend that she resign. Although her choice was difficult and painful, it was an effective choice that was left to her and made by her.

Notwithstanding this finding, I note Ms McClatchey’s concession in her closing submission at the hearing that she and the employer could have handled the situation better. I agree. To the extent options short of resignation were open to Ms Bengel those same or similar options were open to Gloss Accessories short of not accepting her resignation. It could have, but chose not to open a calm dialogue about possible solutions to the dilemma Ms Bengel had created for herself and the store. It sided, unreasonably so on the evidence, with the actions of Ms Stankovic without objectively assessing or investigating her conduct. The consequence is that Gloss Accessories lost a good and competent store manager who, at worst, made an error in submitting a misleading forward roster that set off this unfortunate chain of events. Inexplicably, Gloss Accessories has not yet provided the statement of service it had promised. At the hearing it undertook to rectify that ‘oversight’.

That said, Ms Bengel was not dismissed within the meaning of the FW Act. As she was not dismissed, questions whether her dismissal was harsh, unjust or unreasonable (and issues of remedy) do not arise.”