When a resignation may be regarded as a dismissal 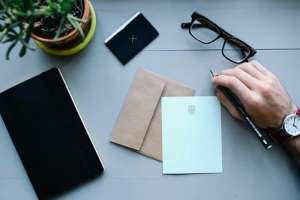 Here is an extract from a recent decision of the Federal Circuit Court which is a useful summary of what constitutes a constructive dismissal, that is to say when a termination of employment brought about by a resignation will be regarded under the Fair Work Act, and to a lesser extent the common law, as a dismissal by an employer.

“The circumstances in which a resignation, while apparently a termination by the employee, nevertheless constitutes a termination at the initiative of the employer have been considered in a number of cases.  In O’Meara v Stanley Works Pty Ltd [2006] AIRC 496, a Full Bench of the Australian Industrial Relations Commission reviewed earlier Federal Court of Australia authority including Mohazab v Dick Smith Electronics Pty Ltd [1995] IRCA 635; (1995) 62 IR 200, and Rheinberger v Huxley Marketing Pty Limited (1996) 67 IR 154, and concluded at [23] that the test requires that there be some action on the part of the employer which is either intended to bring the employment to an end or has the probable result of bringing the employment relationship to an end. In determining whether a termination was at the initiative of the employer an objective analysis of the employer’s conduct is required to determine whether it was of such a nature that resignation was the probable result or that the employee had no effective or real choice but to resign.

In the subsequent decision of Bruce v Fingal Glen Pty Ltd (in liq) [2013] FWCFB 5279, the Full Bench of the Fair Work Commission further considered O’Meara and Rheinberger. The Full Bench explained (at [23]) that:

First, an employer may be found to have constructively dismissed an employee notwithstanding that it did not engage in the relevant conduct with the subjective intention of forcing the employee to resign.  Secondly, although it is an “important feature” of constructive dismissal, it is not sufficient that “the act of the employer results directly or consequentially in the termination of the employment and the employment relationship is not voluntarily left by the employee”.  There must also be either an intention to force an employee to resign, or else the conduct must be of such a nature that resignation was the probable result.  The “limb” of the O’Meara test relating to resignation as a probable result of an employer’s conduct should be read in this light.”