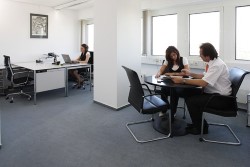 Here are several extracts from a recent unfair dismissal case decision which set out some of the developed legal principles which are applied when determining whether the termination of the employment of an employee may be regarded as an unfair dismissal.

[45] The phrase “harsh, unjust or unreasonable”, finds no definition in the Act, but a dismissal may be harsh but not unjust or unreasonable; it may be unjust but not harsh or unreasonable; or may be unreasonable but not harsh or unjust. There will be cases where these concepts will overlap. In any given case all the concepts may be present, or only some, or none. A dismissal may be unjust because the employee was not guilty of the misconduct on which the employer acted. It may be unreasonable because it was decided upon inferences which could not reasonably have been drawn from the material before the employer. And may be harsh in its consequences for the personal and economic situation of the employee or because it is disproportionate to the gravity of the misconduct in respect of which the employer acted.37 But the assessment of whether any or all of these concepts is present in a given case of dismissal is undertaken in a statutory context and it is the matters set out in s 387 of the Act to which regard must be had in assessing whether a particular dismissal was harsh, unjust or unreasonable………………….

That there was a valid reason weighs against a conclusion that the dismissal was unfair………………………………..

[60] Notification of a valid reason for termination should be given to an employee protected from unfair dismissal before the decision is made,49 in explicit terms,50 and in plain and clear terms.51 This is an element which may be described as procedural fairness in order that an employee may respond to the reason. Procedural fairness requires that an employee be notified of the reason for the dismissal before any decision is taken to terminate employment in order to provide them with an opportunity to respond to the reason identified. Section 387(b) and (c) would have little practical effect if it were sufficient to notify an employee and give them an opportunity to respond after a decision had been taken to terminate employment.52 An employee protected from unfair dismissal should also be given an opportunity to respond to any reason for dismissal relating to the employee’s conduct or capacity