What is an unfair dismissal; the classic test 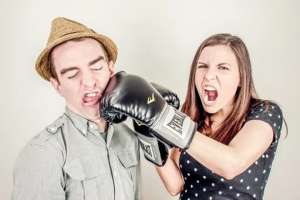 Here is the classic test which is applied by the Fair Work Commission, together with some others too, when determining whether an unfair dismissal as been made out on the evidence.

“The circumstances in which an employee’s dismissal can be considered to be “harsh, unjust or unreasonable” have been considered in a number of previous decisions. The decision in Byrne v Australian Airlines Ltd 7 is often cited in this context. The joint judgement of McHugh and Gummow JJ concluded:

The decision of the Full Bench of Fair Work Australia in L. Sayer v Melsteel Pty Ltd 9 also provides guidance about the Commission’s role in regard to each of the matters in s.387 that must be taken into account in determining whether an employee’s dismissal was “harsh unjust or unreasonable.” The Full Bench concluded:

“…Where the applicant does present a case, in the ordinary course each of the criteria in s.387 which is capable of being relevant on the facts emerging at the hearing must be taken into account.” 10”