What is a workplace right for the general protections? 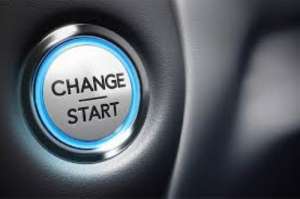 What is the exercise of a workplace right?

Although in the several years after the Fair Work Act came into being in 2010 there was legitimate room for debate amongst lawyers and industrial relations practitioners about what was a workplace right the exercise of which was protected by the general protections, it remains an irritating mystery to many of us why some lawyers continue to bang on in conciliation conferences that a complaint or enquiry by an employee to his or her employer about his or her employment will only constitute the exercise of a workplace right if it is somehow made in a statutory context, for example safety

This of course is bollocks as the following passage from what is often cited by the Federal Court and the Federal Circuit Court with approval makes clear.

“The Workplace Right – the Complaints

In respect of the alleged contravention of s.340 of the Act, the Applicant claims that during the period of his employment with the Respondent, he had a workplace right within the meaning of s.341(1)(c)(ii) of the Act to make a complaint or inquiry in relation to his employment, and that he exercised this workplace right by way of complaints that he made on 10 occasions.

(a) a complaint is a communication which, whether expressly or implicitly, as a matter of substance, irrespective of the words used, conveys a grievance, a finding of fault or accusation;

(b) the grievance, finding of fault or accusation must be genuinely held or considered valid by the complainant;

(c) the grievance, finding of fault or accusation need not be substantiated, proved or ultimately established, but the exercise of the workplace right constituted by the making of the complaint must be in good faith and for a proper purpose;

(d) the proper purpose of making a complaint is giving notification of the grievance, accusation or finding of fault so that it may be, at least, received and, where appropriate, investigated or redressed. If a grievance or accusation is communicated in order to achieve some extraneous purpose unrelated to its notification, investigation or redress, it is not a complaint made in good faith for a proper purpose and is not within the ambit of s 341(1)(c)(ii);

(e) a complaint may be made not only to an external authority or party with the power to enforce or require compliance or redress, but may be made to persons including an employer, or to an investigator appointed by the employer;

(f) a complaint that an employee is able to make in relation to his or her employment is not at large, but must be founded on a source of entitlement, whether instrumental or otherwise; and

(g) a complaint is limited to a grievance, finding of fault or accusation that satisfies the criteria in s 341(1)(c)(ii) and does not extend to other grievances merely because they are communicated contemporaneously or in association with the complaint. Nor does a complaint comprehend contemporaneous or associated conduct which is beyond what is reasonable for the communication of the grievance or accusation.

I now turn to the complaints the Applicant alleges that he made in relation to his employment.”