What is a valid reason for a dismissal 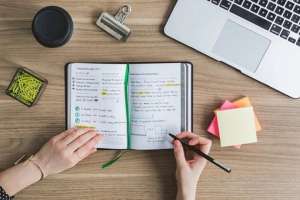 Here is a passage from a recent decision of the Fair Work Commission which sets out the legal principles which apply to the issue of whether there was a valid reason for a dismissal.

As the Full Bench found in Sydney Trains v Hilder: 3

‘The principles applicable to the consideration required under s 387(a) are well established, but they require reiteration here:

(1) A valid reason is one which is sound, defensible and well-founded, and not capricious, fanciful, spiteful or prejudiced.

(2) When the reason for termination is based on the misconduct of the employee the Commission must, if it is in issue in the proceedings, determine whether the conduct occurred and what it involved.

(4) For the purposes of s 387(a) it is not necessary to demonstrate misconduct sufficiently serious to justify summary dismissal on the part of the employee in order to demonstrate that there was a valid reason for the employee’s dismissal (although established misconduct of this nature would undoubtedly be sufficient to constitute a valid reason).

(5) Whether an employee’s conduct amounted to misconduct serious enough to give rise to the right to summary dismissal under the terms of the employee’s contract of employment is not relevant to the determination of whether there was a valid reason for dismissal pursuant to s 387(a).

(6) The existence of a valid reason to dismiss is not assessed by reference to a legal right to terminate a contract of employment.

(7) The criterion for a valid reason is not whether serious misconduct as defined in reg 1.07 has occurred, since reg 1.07 has no application to s 387(a).

(8) An assessment of the degree of seriousness of misconduct which is found to constitute a valid reason for dismissal for the purposes of s 387(a) will be a relevant matter under s 387(h). In that context the issue is whether dismissal was a proportionate response to the conduct in question.

(9) Matters raised in mitigation of misconduct which has been found to have occurred are not to be brought into account in relation to the specific consideration of valid reason under s 387(a) but rather under s 387(h) as part of the overall consideration of whether the dismissal is harsh, unjust or unreasonable.’

[20] There is no mandate for giving the ‘valid reason’ criterion any greater emphasis or weight than any of the other criteria in s 387. It is well settled that the statutory requirement to ‘have regard to’ or ‘take into account’ requires the Commission to give the matter(s) weight as a fundamental element in the decision making process. Even if it is found that there was a valid reason for the dismissal, an overall assessment must be made as to whether the dismissal was harsh, unjust or unreasonable.

The letter of 17 November 2020, by which the Applicant was terminated, outlined the history of the inappropriate conduct and poor attitude of the Applicant. I have found that the instances of inappropriate conduct and poor attitude relied upon by the Respondent occurred. There existed a reason for the exercise of the right to terminate the employment related to the facts of the matter. 4 I therefore conclude that there was a valid reason for the termination.”