What is a true casual employee? 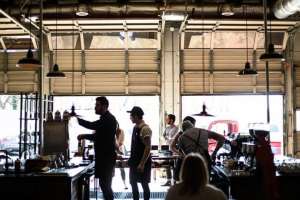 The answer to this question is context.

There is some controversy about the circumstances in which an employee who is employed as a casual employee happens to work a pattern of work which is such that the legal categorization of his or her status is in truth that of a permanent employee.

In WorkPac Pty Ltd v Skene [2018] FCAFC 131 the Full Federal Court upheld a judgement of a single judge to the effect that an employee whose contract specified that he was a casual employee had by reason of the nature of his work morphed at law into a permanent employee.

In 2016, at first instance, Judge Jarrett held that the worker’s regular and predictable working arrangements meant he was an employee entitled to annual leave under the National Employment Standards even though the offer of employment gave the employee the status of ‘Casual Field Team Member’ with no annual leave entitlement under the employer’s enterprise agreement. Judge Jarrett found that the driver was entitled to payment for accrued annual leave under the NES on termination of his employment and ordered the employer to pay the worker compensation of $21,000 plus $6,700 interest.

On appeal, a Full Court of the Federal Court dealt with the main issue of the appeal which most lawyers regard as being did the Commonwealth Parliament in making the Fair Work Act in 2009 intend the words ‘casual employees’ in the Fair Work Act and NES to be used their in their ordinary, legal sense, or the specialised non-legal sense which the employer contended was common to federal industrial instruments?

The Full Court did not accept that there is a universally accepted specialised meaning of ‘casual employee’ referable to the use of that term in federal industrial instruments. Their Honours found: