What is a resignation? 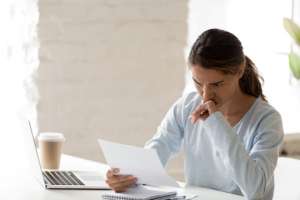 “In Koutalis, at issue was whether Mr Pollett resigned or was constructively dismissed. In relation to the former issue His Honour said:

“The question whether a resignation did or did not occur does not depend upon the parties’ subjective intentions or understandings. Rather, it depends upon what a reasonable person in the position of the parties would have understood was the objective position immediately after Mr Pollett left the Koutalis’ business’ premises on the morning of 5 May 2014, based on what each party to the conversation had said or done, in light of the surrounding circumstances. In Toll (FGCT) Pty Ltd v Alphapharm Pty Ltd [2004] HCA 52; (2004) 219 CLR 165 at 179 [40], Gleeson CJ, Gummow, Hayne, Callinan and Heydon JJ said:

This Court, in Pacific Carriers Ltd v BNP Paribas [(2004) [2004] HCA 35; 218 CLR 451], has recently reaffirmed the principle of objectivity by which the rights and liabilities of the parties to a contract are determined. It is not the subjective beliefs or understandings of the parties about their rights and liabilities that govern their contractual relations. What matters is what each party by words and conduct would have led a reasonable person in the position of the other party to believe. References to the common intention of the parties to a contract are to be understood as referring to what a reasonable person would understand by the language in which the parties have expressed their agreement. The meaning of the terms of a contractual document is to be determined by what a reasonable person would have understood them to mean. That, normally, requires consideration not only of the text, but also of the surrounding circumstances known to the parties, and the purpose and object of the transaction [Pacific Carriers Ltd v BNP Paribas [2004] HCA 35; (2004) 218 CLR 451 at 461-462 [22]]. (emphasis added)

In my opinion, the same considerations apply to the evaluation of the circumstances where parties engage in conversations and conduct that affects their legal rights under a contract, including the assessment of whether or not words and or conduct can be seen to amount to a resignation. Nonetheless, in employment contexts, a court must be conscious that situations can arise in which one or other of the parties acts in the heat of the moment in such a way that a reasonable person in the position of the parties in all the circumstances would not understand the employee to be resigning or the employer to be terminating the employee’s employment, as the case may be. So much is reflected in what May LJ, with whom Croom-Johnson and Woolf LJJ agreed, said in Sovereign House Security Services Limited v Savage [1989] IRLR 115 at 116, namely:

In my opinion, generally speaking, where unambiguous words of resignation are used by an employee to the employer direct or by an intermediary, and are so understood by the employer, the proper conclusion of fact is that the employee has in truth resigned. In my view tribunals should not be astute to find otherwise. However, in some cases there may be something in the context of the exchange between the employer and the employee or, in the circumstances of the employee him or herself, to entitle the Tribunal of fact to conclude that notwithstanding the appearances there was no real resignation despite what it might appear to be at first sight.” 16 (emphasis omitted)

“In my opinion, the proper inference, having regard to all of the circumstances, is that Mr Pollett resigned in the conversation he had with Mr Koutalis on the morning of 5 May 2014. I am satisfied that what happened was set out, in substance, in the evidence of Mr and Mrs Koutalis. That is because immediately after his conversations with his employers, Mr Pollett went across the road and confirmed, in unequivocal terms, that he had resigned to Mr Malovini. Mr Malovini’s evidence satisfied me that, among other things, Mr Pollett had decided over the previous two weeks of his leave to start up his own business and that he had had enough of dealing with Mr and Mrs Koutalis.”