What is a genuine redundancy in Australia? 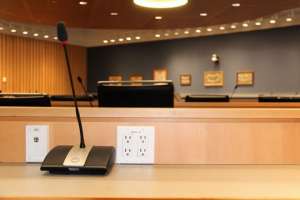 “The following extract from a recent unfair dismissal decision by a senior member of the Fair Work Commission constitutes an excellent summary of what is a genuine redundancy in Australian federal fair work law.

[66] The definition of ‘genuine redundancy’ is further explained by way of examples, in the Explanatory Memorandum at 1546 to 1553:

because of changes in the operational requirements of the employer’s enterprise. Enterprise is defined in clause 12 to mean a business, activity, project or undertaking.

[67] It is apparent that a finding under s 389 of the Act is predicated on three matters:

I will deal with each of these matters in turn after setting out the principles which have been developed by this Commission and the Courts in respect to redundancy, consultation and redeployment.

[68] It is trite to observe that the meaning of the term ‘redundancy’ may vary, depending on the particular industrial context, and/or the text of an applicable industrial instrument. In Amcor Limited v Construction, Forestry, Mining and Energy Union [2005] HCA 10, Gleeson

‘In the industrial context, redundancy of position is not a concept of clearly defined and inflexible meaning.’

‘[66] The meaning of the word ‘redundancy’ is not fixed and the term will take colour from its context. However, in any relevant context it is the abolition of a position which leads to that position being redundant. The cause of the abolition of the position – whether business restructure, technological advance, loss of contract/ordinary turnover or otherwise – is a separate matter, albeit one which may determine the entitlements of the redundant employee.’

Vickery J (‘Hodgson v Amcor’), after summarising the relevant authorities, arrived at the

‘In essence, subject to any qualification or re-statement found in the relevant contract of employment or any applicable statute, the common law concept of “redundancy” comes down to the following propositions:

(a) A job becomes redundant when the job of the employee ceases to exist because the employer, for whatever reason, whether by reason of reorganisation, mechanization, change in demand or other reason, no longer desires to have it performed by anyone;

(c) However, redundancy is not limited to the circumstance where the employer, no longer desires to have the work previously performed by the terminated employee done by anyone;

(d) A redundancy may also arise upon the redistribution of job functions, where the duties performed by an employee are redistributed among other employees. In this case the employer still requires the duties to be performed, but the re-organisation may give rise to a redundancy. In this event, although the duties remain to be performed, “for all practical purposes the original role no longer exists” because the duties are divided and assigned amongst others. In such a case the question is whether any function or duty remains to be performed by the employee. A redundancy will occur if, after the reorganisation, the employee in question is left with no duties to discharge;and

(e) Redundancy will not arise where the termination of employment is carried out solely because of any personal act or default of the employee terminated or for any consideration peculiar to that employee’. (endnotes omitted)

‘[19] In the present case, the Commissioner appears not to have drawn an appropriate distinction in his reasoning between the “jobs” of the mineworkers who were retrenched and the functions performed by those mineworkers or take proper account of the nature of the restructure at the mine which led to an overall reduction in the size of the non-trades mineworker workforce. The Company restructured its operations in various ways including by outsourcing certain specialised, ancillary and other work and increasing the proportion of trade-qualified mineworkers in underground development and outbye crews. As a result, it was identified that there were 14 nontrades mineworker positions which were surplus to the Company’s requirements. The mineworkers whose employment was to be terminated were determined according to the seniority principle as provided in the Agreement. This did not mean that the functions or duties previously performed by the retrenched mineworkers were no longer required to be performed. It also did not mean that the positions of some of these mineworkers (e.g. in underground crews) did not continue, although those positions might after the restructure be filled by more senior non-trades mineworkers transferred from other parts of the operations or by trade-qualified mineworkers. However fewer non-trades mineworker jobs were required overall at the mine as a result of the operational changes introduced and, for this reason, the jobs of the 14 mineworkers selected for retrenchment could be said to no longer exist.

[20] These circumstances readily fit within the ordinary meaning and customary usage of the expression in s.389(1)(a) of the Act where a job is no longer required to be performed by anyone because of changes in the operational requirements of the employer’s enterprise’

[72] The Full Bench in Ulan Coal v Howarth, after considering relevant authority and the

‘It is noted that the reference in the statutory expression is to a person’s “job” no longer being required to be performed. As Ryan J observed in Jones v Department of Energy and Minerals (1995) 60 IR 304 a job involves “a collection of functions, duties and responsibilities entrusted, as part of the scheme of the employees’ organisation, to a particular employee” (at 308). His Honour in that case considered a set of circumstances where an employer might rearrange the organisational structure by breaking up the collection of functions, duties and responsibilities attached to a single position and distributing them among the holders of other positions, including newly-created positions. In these circumstances, it was said that (at 308):

What is critical for the purpose of identifying a redundancy is whether the holder of the former position has, after the re-organisation, any duties left to discharge. If there is no longer any function or duty to be performed by that person, his or her position becomes redundant… (at 308)

This does not mean that if any aspect of the employee’s duties is still to be performed by somebody, he or she cannot be redundant (see Dibb v Commissioner of Taxation (2004) FCR 388 at 404-405). The examples given in the Explanatory Memorandum illustrate circumstances where tasks and duties of a particular employee continue to be performed by other employees but nevertheless the “job” of that employee no longer exists.’

‘43. The difficulty in this case has been caused by the aphorism which appears in both paras 12 and 42 of TD 94/12 to the effect that the job, not the employee, becomes redundant. However s 27F speaks of the “bona fide redundancy of the taxpayer”. We consider that it is more accurate to say that an employee becomes redundant when his or her job (described by reference to the duties attached to it) is no longer to be performed by any employee of the employer, though this may not be the only circumstance where it could be said that the employee becomes redundant. Reallocation of duties within an organisation will often lead the employer to consider whether an employee, previously employed to perform specific functions assigned to a particular “job”, will be able to perform any available “job” existing after such reallocation. Even if the employee’s job, defined by reference to its duties, has disappeared, he or she may be able to perform some other available job to the satisfaction of the employer. In that case, no question of redundancy arises. It is only if the employer considers that there is no available job for which the employee is suited, and that he or she must therefore be dismissed, that the question of redundancy arises. If, in good faith, the employer:

[74] It would seem logical and understandable, that the Commonwealth Parliament considered the history of the meaning of redundancy, as expressed in the early authorities, when it crafted the statutory meaning used in s 389 of the Act.”