What is a contract of employment for a specified time? 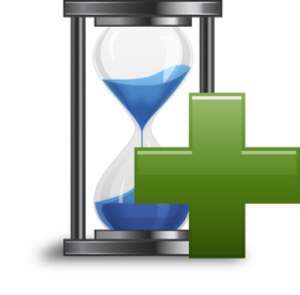 Under the Fair Work Act, the issue of whether the coming to an end of an employee’s employment occurs by a dismissal or some other mechanism is of vital importance. Section 386 of the Act, for example, provides that a person has not been dismissed if the person was employed under a contract of employment for a specified time and the employment terminates at the end of that period. What is a contract for a specified time?

The Explanatory Memorandum, which on the face of it might allow any contract with an end date to be considered employment for a ‘specified time’ has been recently viewed against the decision in Andersen v Umbakumba Community Council (1994) 126 ALR 121. In Dale v Hatch Pty Ltd 31, the Full Bench stated:

“There is one other aspect of the Contract which requires comment. Clause 27 of the Contract provided, among other things, that Ms Dale’s employment could be terminated by Hatch without cause on one week’s notice during the probation or minimum employment period and on four weeks’ notice thereafter. In relation to employment contracts for a specified time, it was held in Andersen v Umbakumba Community Council (in the context of the termination of employment provisions of the Industrial Relations Act 1988) that an employment contract will not be one for a specified period of time if it gives either party an unqualified right to terminate the contract on notice or with payment in lieu of notice within any specified term. The basis for this proposition is that a specified period of time is a period of employment that has certainty as to its commencement and time of completion, and where a contract provides a broad or unconditional right of termination during its term, the period of the contract is indeterminate and thus not for a specific period of time.

“[29] Arguably the applicability of Andersen to the proper interpretation of s.386(2)(a) has been called into question as a result of paragraph [1532] of the Explanatory Memorandum for the Fair Work Bill 2009 which said (emphasis added):

“[1532] Paragraph 386(2)(a) reflects the common law position that termination in these circumstances would not be a dismissal. The fact that an employment contract may allow for earlier termination would not alter the application of this provision as the employment has terminated at the end of the period, task or season. However, if a person engaged on this sort of contract is terminated prior to the end time specified in the contract, they may seek an unfair dismissal remedy if they satisfy the other requirements.”

We were not addressed in relation to this issue, and it is not necessary for us to express a final view about it in order to determine this appeal. Accordingly it can be left for another day.” (references omitted)