What consultation is required for genuine redundancy? 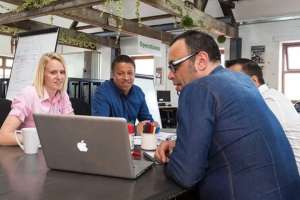 What is adequate consultation for a genuine redundancy? Here is the answer from a recent case.

“Was there Consultation about the Redundancy

[28] It is readily apparent that the provisions of Clause 64.1 have their genesis in the Termination, Change and Redundancy Test Case (the TCR Case) 5. In considering other provisions similarly based on the TCR case, in Maswan v Escada 6 (“Maswan”), Vice President Watson found as follows:

“These provisions are of long standing, emanating from the Termination, Change and Redundancy test case in the early 1980s and from time to time have been reflected in legislation. The requirement to discuss proposed changes and consult about the changes has been held to require meaningful consultation and not merely an afterthought. Consultation after an irrevocable decision has been made has been held to not amount to meaningful consultation.

“Consultations can be of very real value in enabling points of view to be put forward which can be met by modifications of a scheme and sometimes even by its withdrawal. I start accordingly from the viewpoint that any right to be consulted is something that is indeed valuable and should be implemented by giving those who have the right an opportunity to be heard at the formative stage of proposals – before the mind of the executive becomes unduly fixed.””

[29] Having made a definite decision to introduce major change, the Respondent was required to meet its obligations to consult. That included:

(a) Pursuant to Clause 64.1 (a), the requirement to notify the relevant employees of the decision;

(b) Pursuant to Clause 64.1 (d), the requirement to discuss the introduction of change, the likely effects on employees, and measures to mitigate or avert those adverse effects;

[30] The Respondent submitted, quite extraordinarily in light of the evidence of the conversations that occurred on 17 April 2020, that it had broadly complied with the consultation obligations contained in the Agreement. The Respondent referenced two decisions in support of its submission, being the decision of Commissioner Cambridge in Carling v Dawson Coal Anglo Services Pty Ltd  7(“Carling”) and the decision of Commissioner Foggo in Tyszka v Sun Health Foods Pty Ltd 8 (“Tyszka”).

[31] In Carling, the relevant facts regarding consultation were outlined as follows:

“[6] The employer operates the Dawson Coal Mine (the Mine), located near the town of Moura at the southern end of the Bowen Basin in central Queensland.

[8] The applicant was one of five Maintenance Supervisors who were made redundant as part of the restructure of the Mine implemented in November 2013. The restructure resulted in the loss of about 17 staff roles, being positions not covered by industrial Awards or Agreements, together with approximately 180 operator positions. The role performed by the applicant as a Maintenance Supervisor was one of the staff positions which were made redundant.

[9] On 4 November 2013, all staff including the applicant attended a presentation given by the General Manager of the Mine. This presentation included advice to employees about the restructure and the decision to make certain staff and operator positions redundant. Later on 4 November, the applicant attended a meeting with HR personnel and he was advised that he was one of the five Maintenance Supervisors who had been selected for redundancy.

[10] The applicant was provided with a letter dated 4 November 2013, which confirmed the verbal advice of his redundancy and gave information about the process that was to commence regarding identification of any redeployment opportunities. The applicant was provided with a list of job vacancies which covered the entirety of the Australian operations of the employer’s parent Company, the Anglo American group.

[12] Consequently, the employer provided the applicant with a letter dated 8 November 2013, which confirmed the termination of his employment on the basis of redundancy and the inability to confirm any redeployment opportunity. The applicant was paid accrued entitlements which, including a redundancy payment, totalled $60,056.14.”

[32] The complaint advanced by the Applicant in Carling was in being one of the five individual Maintenance Supervisors selected for redundancy, and Commissioner Cambridge noted that the selection process used was not relevant to the question of genuine redundancy. 9

[33] In Tyszka, some of the relevant facts regarding consultation that were accepted by Commissioner Foggo were as follows:

“[31] In 6 August 2009 the company contacted Ms Mary Churcher the AMWU organiser to consult with her over the downturn in orders and advised of the company’s intention to meet all staff on 7 August 2009. That meeting with staff proceeded and the staff was advised by Mr Andrianopolous and Mr Stoter of the week on/week off arrangement to be on a temporary basis, the serious financial situation and that the situation would be reviewed in two weeks.

[32] Between 7 August 2009 and 11 September 2009 the Respondent met or spoke with the union through Ms Churcher on ‘at least four occasions.’ The details of those meetings and those people involved were detailed by the company. 12 The Respondent submitted it advised the union was advised on 10 September 2009 that the company had no option other than to make 16 positions redundant and Ms Churcher was invited to attend a meeting on 11 September 2009 with management prior to the meeting with staff later on the same morning.

[33] Ms Churcher was present at the meeting between the managers and staff at which time they were told that the 16 redundancies were to occur effective that day and she also attended each of the individual meetings at which time employees were advised whether or not they were being made redundant. The Respondent is adamant that the union was informed that the employees to be made redundant were selected on the basis of the skills and competencies matrix.

[34] In relation to specific circumstances relevant to the consultation which occurred with Mrs Tyszka regarding the downturn in the company’s work and the redundancies, Mr Stoter gave considerable evidence. He was aware that the Applicant was absent on leave during the meetings with staff which had been conducted on 7 August and 21 August 2009 and asked Ms Verma to advise the Applicant of the serious financial position of the employer.”

[34] The failures in compliance with the consultation in Tyszka related to the provision of relevant information regarding the nature of the changes proposed not having been put in writing to the employees or to the union in accordance with clause 26(iii), and the absence of discussions with the Applicant regarding redeployment to suitable alternative positions. 10

[35] In the matter at hand, the Respondent made the following submission:

[36] Every one of the alleged steps in alleged compliance with the consultation obligation occurred in either the meeting of 17 April 2020 where, without notice, the Applicant was terminated, or in the pre-prepared letter handed to the Applicant in that brief meeting. Those facts stand in stark contrast with those in Carling and Tyszka where each respective employer took numerous steps to comply with the consultation obligations.

[38] The Respondent advanced an alternative submission that “… even if consultation in strict compliance with the Agreement had of occurred, the Respondent would still have made the Applicants redundant. Consultation would not have changed the circumstances of the Respondent”. Reliance was placed on the decision of Maswan, in which Vice President Watson found: 11:

“In my view a decision to dismiss on account of redundancy will only be harsh, unjust or unreasonable if the rationale for the decision is seriously undermined or if there is a serious error in procedure such that renders the termination unfair in the circumstances. Here the decision appears open to the employer to make. The failure to consult is not a trivial matter. But as it is clear that consultation was highly unlikely to have negated the operational reasons for the dismissal or lead to any other substantive change, I do not believe that the failure to consult prior to the date of termination rendered the dismissal unfair. Given the evidence in relation to the operational need to restructure, I am of the view that it is likely that Mr Maswan would have been dismissed in any event, even if timely consultation had occurred.”

[39] It must be observed that in the above passage, Vice President Watson was not dealing with the question of genuine redundancy. Rather, he was considering “other matters” pursuant to s.387(h) that may affect the determination of whether a dismissal is harsh, unjust or unreasonable. The majority in a subsequent Full Bench in UES (Int’l) Pty Ltd v Harvey 12 , found that s.387(a) of the Act regarding the matter of whether there was a valid reason for the dismissal related to the person’s capacity or conduct did not go to the process for selecting the person for redundancy. It found:

“The terms of s.389 of the FW Act suggest the process for selecting individual employees for redundancy is not relevant to whether a dismissal was a case of genuine redundancy. The relevant Explanatory Memorandum confirms as much. Setting aside jurisdictional pre-requisites and the matters in s.396(a) to (c), FWA only needs to consider s.387(a) concerning whether there was a valid reason for a person’s dismissal related to the person’s capacity or conduct if one or more of the criteria in s.389 of the FW Act, which sets out the meaning of genuine redundancy, have not been met. The criteria in s.389 which have not been met can be taken into account in FWA’s consideration as to whether the dismissal was harsh, unjust or unreasonable as part of s.387(h), being “any other matters that FWA considers relevant”.”

[40] The circumstances in Maswan, were quite different to the circumstances in this matter. In Maswan, the resignation of the Company’s Regional Manager, prompted a further review of the Company’s Australian operations by the regional executives in Hong Kong. They determined to advertise for a new role of Brand Manager to be responsible for managing both the Australian Wholesale and Retail Business. Ultimately this led to Mr Maswan’s role as Retail/Marketing Manager becoming redundant. The Regional Manager had been responsible for managing the wholesale role with a salary range of $120-135,000pa. Mr Maswan’s Retail/Marketing Manager role had a salary of $65,000pa. The new role was established with a salary range of $87-90,000pa. The role specifically filled by Mr Maswan was the role made redundant.

[41] In this matter, the Applicant was chosen from a larger group of Electrical Workers Grade 5, Licensed Electricians, to be one of six such employees made redundant on 17 April 2020. In his statement, Mr Lavorato had said that the Employee Assessment had nothing to do with the decision redundant. In the hearing, Mr Lavorato stated that employees were selected for redundancy based on a selection criteria of “Ability, effort and time of service” 13. The final position of Mr Lavorato regarding the Employee Assessment, which I accept was correct, was reached in the following exchange in cross-examination:14:

So isn’t it the case that the reason you selected Mr Gourdeas in the first round is because of his performance assessment?—Not because – efforts, ability and time of service, yes.

But ability was one of the factors that you took into account in selecting him for redundancy in that first round?—Yes.

The ability or your assessment of his ability arose from that performance assessment didn’t it?—Yes.

[42] Mr Lavorato confirmed that earlier in the week ending Friday 17 April 2020, he, in conjunction with “the project managers” had all the employee assessments on a spreadsheet file that they reviewed along with considerations of service time with the Respondent. Mr Lavorato confirmed there would be written records of such decisions, however no documents were produced in response to the Notice for Production.