Warning for employers; who to believe? 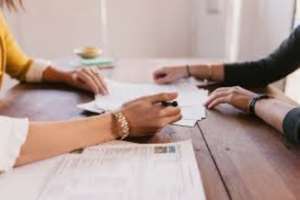 In many cases which come before and are heard by the Fair Work Commission, it becomes necessary for findings of fact to be made. This is because it is very rare, if not wholly unknown, for a case to go to trial in the Commission without there being a dispute between the parties about the facts.

This will often arise because one or other or both of the parties’ witnesses do not tell the entire truth, or more commonly because there is a genuine and honestly held disagreement about the facts. I have been involved one way or the other now in thousands of court cases and have learned that untruths are provided as evidence by witnesses for a variety of reasons, not all sinister.

Whilst this is an everyday dilemma for the courts and legal practitioners, the reality is that it will often be necessary for an employer to make a decision as to who to believe when conflicting versions of events are offered up in a disciplinary process which may lead to a dismissal and then an unfair dismissal case. How should the poor old employer deal with this dilemma? Well, here is an extract from a case which illustrates the problem.

“Mr Tang’ evidence was that the sole reason for the dismissal of the applicant was the ‘tip off’ he received from Ms Chen that her ex-husband had stolen the product from the Company. It was evident to me, from observing Ms Chen in the witness box and from her evidence, that she harbours a deep resentment and dislike for her ex-husband. I do not accept that Ms Chen was motivated by a desire to ‘do the right thing’ or a sense of civic duty. After all, if her motives were so honourable, why did she wait 9 months after discovering the alleged stolen product before reporting her ex-husband to Mr Tang? She waited, as she claims, because she was hopeful of reconciliation with him. This begs the question of course, that if she was so conscious of her civic duty, why was she nevertheless prepared to waive it, if she reconciled with her husband who she believed to be a thief?

In my view, Ms Chen’s evidence was implausible and tainted with mala fide intent. I believe she was motivated by revenge and ‘payback’ for her broken marriage. She is the classic disgruntled ex-partner. Accordingly, I find her evidence to be unreliable. It follows that Mr Tang’s reliance on her as a person of truth, impugned his decision to dismiss Mr Ji.

The only evidence Mr Tang had from Ms Chen was three small, unmarked plastic take away food containers containing at least 9 month old vitamin capsules (EPO products). Mr Tang did not have them analysed to confirm that they had been produced at the factory. He acknowledged that they appeared to be ‘very old’. He relied on a visual assessment that they also appeared unfinished (not sorted) and therefore could not have been sourced from a retailer or another manufacturer. However, later Mr Tang agreed that the three containers of EPO products ‘could easily got [sic] from [a] Chemist’. In my view, the fact the products in the three containers were loose, could be bought from a chemist and could well have deteriorated because they were ‘very old’, does not prove they were sourced from the respondent’s factory. In my judgement, Mr Tang made a gigantic jump to unlikely conclusions for which other explanations, had they been sought (but were not), might have explained the innocent origin of the products. ….

In my view, the respondent has failed the onus of proving the applicant’s misconduct and given the mala fide intent of Ms Chen, it was not safely open for Mr Tang to conclude that the applicant was guilty of theft of the Company’s product. Accordingly, I am satisfied that there was no valid reason for Mr Ji’s dismissal.

‘As a matter of logic procedural fairness would require that an employee be notified of a valid reason for their termination before any decision is taken to terminate their employment in order to provide them with an opportunity to respond to the reason identified. Section 170CG(3)(b) and (c) would have very little (if any) practical effect if it was sufficient to notify employees and give them an opportunity to respond after a decision had been taken to terminate their employment. Much like shutting the stable door after the horse has bolted.’…”