Valid notice of termination of employment; the requirements 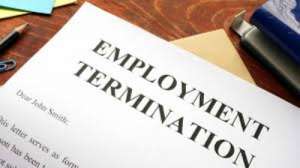 Here is an extract from a recent decision of the Federal Circuit Court of Australia about the statutory requirements which must be satisfied for a notice of termination of employment to be effective and valid.

A notice of termination of employment is analogous to a notice to quit a tenancy.  Both are usually highly significant events in the lives of the employees or tenants concerned and, in both situations, the landlord or employer is acting unilaterally in the exercise of a contractual right to put an end to the existing contractual relationship.  Accordingly, I consider the same principles are relevant to both, namely that the notice must be expressed in “plain unambiguous words” and it must terminate the relationship at a certain point in time (see Dagger v Shepherd [1946] KB 215 at 220concerning a notice to quit a tenancy). Applied to the words of s 117(1): “notice of the day of the termination”, this means that, in order to validly terminate an employee’s employment, the employer concerned must give a notice which makes it unambiguously clear to the employee that his/her employment is to be terminated with effect from a certain day in the future. The latter is conveyed by the concluding words of s 117(1) in parenthesis, “which cannot be before the day the notice is given”.

The above then sets out what s 117(1) of the FWA prescribes for a valid notice of termination of employment.  Next, it is necessary to examine the contents of the Notice Letter in this matter to determine whether it complied with these prescriptions for validity.  However, before examining that letter, it is convenient to note two things.  First, this analysis of the Notice Letter must proceed objectively (see Burton Group Ltd v Smith [1977] IRLR 351 and McCarry GJ, Termination of Employment Contracts by Notice (1986) 60 ALJ 78). It follows that the subjective intentions, or views, of those involved, gained from the surrounding circumstances, about what the Notice Letter contained, or conveyed, are irrelevant. For this reason, I reject Berkeley’s contentions that I should have regard to those matters. Secondly, it is appropriate to note a factual matter pertinent to this issue that will take on a greater significance in the next issue. It is that the Notice Letter was under the letterhead of Spotless, not that of the employer, Berkeley. However, since it is an agreed fact that Berkeley was the employer and that it provided the Notice Letter to the affected employees, I will proceed on the assumption that Spotless provided it on behalf of Berkeley.

For the following reasons, I do not consider that the Notice Letter met the prescriptions for validity outlined above.  First, I agree with United Voice that, properly analysed, the Notice Letter was, in reality, a notification of Spotless’ loss of the contract at Sunshine Plaza; it was not a notice of the termination of the affected employees’ employment with Berkeley.  That is apparent, among other things, from its heading “Notification of loss of contract”.  When that heading is read in conjunction with the first and second paragraphs of the letter, it becomes quite apparent that, in reverse order:  the “contract” referred to in that heading is Spotless’ contract with Lend Lease; the “loss” referred to is Spotless’ failure to win the tender for that contract; and the “notification” referred to is the “Notice to exit the contract” given to Spotless by Lend Lease.  None of these expressions refers to the affected employees’ contracts of employment, much less the termination thereof.

For these reasons, on an objective assessment of its contents, I do not consider the Notice Letter made it unambiguously clear to the affected employees that their employment with Berkeley was being terminated.

Secondly, even if the Notice Letter did give such a notice of termination of their employment, I do not consider that it nominated a day in the future when that termination was to take effect.  The only mention in the letter of a concept similar to a day of termination was the date upon which Spotless said it had to “exit” its contract with Lend Lease.  Nowhere in the Notice Letter was that date linked with the affected employees’ employment with Berkeley in the sense that their employment was to be terminated from that date.  This is particularly so with the statement three sentences after the mention of the 30 September exit date to the effect that “your employment will be terminated”.  That statement does not refer back to the earlier mentioned date but, instead, states that the termination referred to will be undertaken “in accordance with your contract of employment”.  It therefore implies that that contractual process will be followed at some time in the future, if that becomes necessary.

For these reasons, I do not consider the Notice Letter gave the affected employees notice that their employment was being terminated, and nor do I consider it gave notice of the day of that termination, in compliance with s 117(1) of the FWA.  That being so, it is unnecessary to consider whether that non-existent day of that non-existent termination was extended by the notice placed on the noticeboards at Sunshine Plaza, as Berkeley contended it was.”