Vaccinations and the workplace; some flexibility 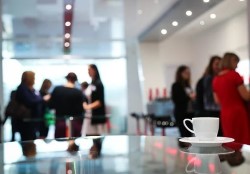 Although by and large the Fair Work Commission has strongly backed employers who have terminated the employment of employees who for whatever reason declined to submit to covid 19 vaccinations, the Commission has nonetheless held that some dismissals were unfair when the employer had another option but to dismiss them.

“[80] In respect of the first matter, I consider it was unfair in a general sense to impose a vaccination requirement upon Mr Rowe in circumstances where his pre-approved leave would not have required him, in all probability, to attend the workplace. It is true that Mr Rowe retained his overall responsibility to attend for work in some fashion if required to do so in response to an emergency or disaster, but the prospect of this occurring in a limited six-week period, in circumstances where it had never occurred before in a period of over seven years, was vanishingly small. A more realistic and flexible approach was called for. It would not have involved any contravention of the CHO Orders for the PWC not to require Mr Rowe to be vaccinated prior to him returning for work after the end of his leave period. Questions and answers 9, 13 and 16 of the FAQ document specifically contemplated that a person could proceed to go on approved leave even if not vaccinated, in which case they would not be required to show proof of vaccination until immediately before returning to work at the end of the leave period. The FAQ document was intended to guide managers in their implementation of the CHO directions, but it was in my view not followed in a practical fashion by Ms Pollard. The requirement to vaccinate in advance caused Mr Rowe to cancel his pre-approved annual leave.

[82] These matters are of potential relevance to the fairness or otherwise of the dismissal because Mr Rowe submits that he had not made a positive decision to refuse to be vaccinated, that he had legitimate concerns about risks associated with taking the mRNA vaccines that had been approved at the relevant time, and that he wished to reflect upon his position and work through his concerns away from the pressures of work and, perhaps, to wait for the approval and availability of the Novavax vaccine.

[83] If I were satisfied that there was a serious possibility that Mr Rowe may have reconsidered his position and ultimately agreed to be vaccinated if he had been allowed to take his pre-approved leave without being required to be vaccinated beforehand, I would be inclined to the view that his dismissal effective from 6 December 2021 was premature and harsh. I would similarly be inclined to this view if I considered that there was a serious possibility that Mr Rowe might have taken the Novavax vaccine (which was approved and available by mid-February 2022, as earlier stated) had PWC had stayed its hand whilst Mr Rowe was on suspension without pay. Matters that would support a conclusion of that nature include that the CHO Directions were introduced at relatively short notice, and that it is understandable that some persons may be hesitant to take the vaccine in the face of the significant amount of disinformation about vaccination being peddled in social media and elsewhere in the public sphere.

[84] However, ultimately, I do not consider that there was ever a real possibility that Mr Rowe would agree to vaccination, and I do not accept his evidence to the contrary…”