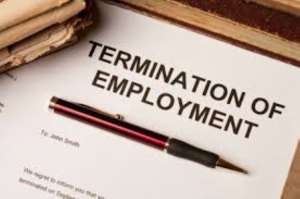 There are a number of ways in which the termination of the employment of an employee may fall foul of the law. The best known of these is an unfair dismissal, which for most Australian employees can be pursued as a claim made to the Fair Work Commission.

Not all Australian employees are protected from unfair dismissal. For example under the national fair work system, if an employee’s annual rate of earnings exceeds what is called the high income threshold, he or she will not be able to pursue a claim of unfair dismissal against his or her employer if it is a company (called a national system employer) unless his or her employment is covered by a modern award or enterprise agreement. There are also minimum employment periods which must have been served for an employee to be protected from unfair dismissal by the national fair work system.

Western Australia, Queensland and New South Wales also have employment tribunals with unfair dismissal jurisdictions, and choosing the wrong tribunal can be fatal to a claim being pursued. All of the jurisdictions have tight time limits.

If you believe you may have been unfairly dismissed or terminated, you should take urgent legal advice from a specialist industrial agent or lawyer.