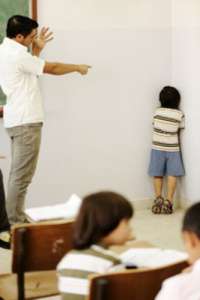 The Fair Work Commission routinely finds dismissals to be for a valid reason but over the top and excessive, thus rendering them relevantly unfair. Here are the principles expressed well.

“[34] It may be accepted that an assessment of the degree of seriousness of misconduct which has been found to constitute a valid reason for dismissal for the purposes of s.387(a) is a relevant matter to be taken into account under s.387(h). In that context, a conclusion that the misconduct was of such a nature as to have justified summary dismissal may also be relevant. Even so, it is unclear that this requires a consideration of whether an employee’s conduct met a postulated standard of “serious misconduct”. In Rankin v Marine Power International Pty Ltd Gillard J stated that “There is no rule of law that defines the degree of misconduct which would justify dismissal without notice” and identified the touchstone as being whether the conduct was of such a grave nature as to be repugnant to the employment relationship. “Serious misconduct” is sometimes used as a rubric for conduct of this nature, but to adopt it as a fixed standard for the consideration of misconduct for the purpose of s.387(h) may be confusing or misleading because the expression, and other expressions of a similar nature, have been considered and applied in a variety of contexts in ways which are influenced by those contexts…”(endnotes omitted) [2015] FWCFB 1033, [34]

I respectfully agree with and adopt the approach of the Full Bench.

[93] I am not satisfied the Applicant engaged in a deliberate flouting of the essential contractual conditions given his lack of awareness of the risk to the Respondent’s contract. His conduct lacks the quality of “wilfulness”.  The conduct was not of such a grave nature as to be repugnant to the employment relationship.

There are also a number of mitigating circumstances: