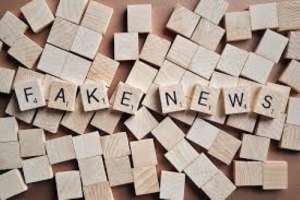 In two previous posts I have published commentary about the effect of fixed term contracts of employment upon the issue whether it can be argued that the termination of the employment of an employee when the term of the contract expires or upon the completion of a nominated event, for example the completion of a project, can ever be regarded as a dismissal of the employee.

In doing so I have drawn attention to the fact that the Fair Work Act has been drafted so as to categorize a dismissal as one which occurs at the initiative of the employer, rather than by the legal effect of a contract.

However I have also made the point that sub-sec 386(3) of the Act has the effect that a fixed term or fixed project contract of employment will not defeat unfair dismissal rights where the contract is a sham, or as the Fair Work Commisssion puts it is “anti-avoidance”; see Khayam v Navitas English Pty Ltd T/A Navitas English (2017) delivered 16 August 2017 per Ross J, Colman DP and Cirkovic C.

What will be regarded as  a sham in this context? Here is the answer from the above case.

Section 386(3) operates as an exception to the position established by s386(2) that a person is not dismissed if they are engaged on a ‘contract of employment for a specified period of time’, and the employment terminates at the end of that period.

As a preliminary matter, we note that it is not entirely clear exactly what obligations an employer has under Part 3-2. The Part confers on certain employees protection from unfair dismissal, subject to various conditions. Unlike Part 3-1 or Part 6-4 (which relate to general protections, and to additional provisions relating to termination of employment) Part 3-2 for the most part does not impose obligations on employers. Rather, the consequence of an employer not taking account of the various considerations in Part 3-2 in effecting the termination of an employee’s employment is that the Commission may order an unfair dismissal remedy that is binding on the employer. In such a case, an employer would have an obligation under s.405 not to contravene the order. But this is not an obligation that could realistically be avoided by the use of contracts for a specified period.

Section 386(3) is clearly an anti-avoidance provision. Read in the context of s.386 as a whole, it appears to us that it is intended to target an employer’s avoidance of the operation of the Part, rather than obligations that are notionally imposed on employers under it. That is, the intention appears to be that s.386(3) applies if ‘a substantial purpose’ of an employer in using contracts for a specified period is to avoid the operation of the unfair dismissal provisions.

We were not addressed on the question of what s.386(3) means by ‘employer’s obligations’. For the purposes of permission to appeal, it is sufficient for us to find that there is at least an arguable case that the section operates in the way we have just described. This is important, as it seems to us that the second ground of appeal is not tenable unless s.386(3) is read as having this meaning. For present purposes, we proceed on this basis.

We agree with Mr Khayam’s position that, for section s386(3) to be engaged, it is only necessary that avoidance be ‘a substantial purpose’. Mr Khayam contends that the Commissioner erred in her application of the provision by approaching it on the basis that there could only be one substantial purpose for an employer entering into outer limit contracts.

We do not believe that the Commissioner approached the provision in this way.

In stating her conclusion at paragraph 136 of the Decision, the Commissioner said the following:

[136] In the same way Hatcher VP in Jin was bound by the Full Bench authority in Lunn, so too am I, and accordingly I must find that in accordance with the authority in Lunn, there has not been a dismissal at the initiative of Navitas. Relevant to s.386(1)(a), the employment came to an end due to the effluxion of time. In the alternative argument, having considered s.386(3) and the work that it has to do relevant to s.386(2)(a), Navitas did not enter into a maximum-term contract with Mr Khayam, [with] the substantial purpose to avoid its unfair dismissal obligations to Mr Khayam.

We also note the following passage in the Commissioner’s decision:

[131] While I am confident Navitas took comfort in what it considered to be its legal protections in finishing employees up at the end of their employment term, I have not found the substantial reason to enter into that relationship was for that purpose. There was no demonstration of intent.

Although the Commissioner used the definite article in these passages, which might suggest that she thought there could only be one substantial purpose, we believe it is clear from the context of the Decision that the Commissioner applied the provision correctly; that is, she consider whether a substantial purpose was avoidance. The following passages of the Decision support this conclusion:

[135] When considering s.386(3), I do not consider that a substantial purpose of Navitas offering maximum-term contracts to Mr Khayam and other employees was to avoid its unfair dismissal obligations. I determine that the substantial purpose was to align employees’ employment (with paid leave conditions) to the relevant funding for programs it was operating. The Commission heard Navitas had been meeting yearly for approximately 20 years to determine its prospective requirements, and attempting to align its resources with its projected needs. While it could be said that due to the fluctuating numbers of students, and payment to Navitas under the programs limited to actual attendance of students, it would make more sense to employ teachers on a casual basis, it is for Navitas alone to determine the most suitable form of employment it offers to its employees.’ (Emphasis added)

We do not discern an arguable case that the Commissioner erroneously approached s.386(3) of the FW Act on the basis that there could only be one substantial purpose for an employer entering into outer limit contracts.”