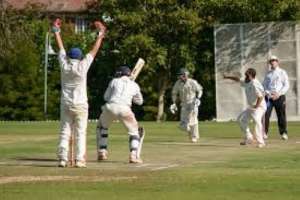 It is tolerably well established that a person whose employment has come to an end when an expressly inserted end date in a contract of employment is reached or when a project (called a specified task in sec 386 of the Fair Work Act) is completed if that is expressed to end the employment. That much is common sense and the clear intent of the Act.

It is also supported by many cases of the Fair Work Commission and is termed an outer limits contract in that context. See Department of Justice v Lunn (2006)158 IR 410 which is regarded as the leading authority of the issue, for example

“In Lunn, a Full Bench of the Australian Industrial Relations Commission considered a jurisdictional objection to an unfair dismissal application involving a series of ‘outer limits’ contracts spanning nearly 7 years. Shortly before the specified end date of the final contract, Ms Lunn was advised that she would not be offered a new contract. The Full Bench concluded:

‘The Department’s practice of engaging almost all staff on successive ‘outer limit’ contracts may be viewed by some as industrially contentious. However, subject to legislative constraints, employers are entitled to structure their affairs, including the contracts they offer to employees, in the way that they think best suits their interests. There is nothing in the WR Act that prevents an employer from offering a series of ‘outer limit’ contracts to an employee. Moreover, even if it were shown that the purpose of the policy was to avoid the Commission’s unfair dismissal jurisdiction (and we hasten to add that there was no evidence to that effect and the proposition was denied by counsel for the Department who advanced a plausible explanation for the practice) this would still not render such contracts a “sham” in the sense that, viewed objectively, the parties to those contracts had a common intention that they would not create binding legal rights and obligations according to their terms.’ “; see Khayam v Navitas English Pty Ltd T/A Navitas English – (2017) FWCFB 4092 delivered 16 August 2017 per Ross J, Colman DP and Cirkovic C.

However the veracity of the principle has been doubted recently. For example in Jin v Sydney Trains  (2015) FWC 4248 Vice President Hatcher of the Fair Work Commission said

‘ In my view, there are good grounds for reconsideration as to whether Lunn should continue to be regarded as giving correct guidance concerning the interpretation and application of s.386(1)(a). I will not undertake a full re-analysis of Lunn in relation to the current statutory framework, but simply identify three matters which I consider give rise to serious doubt on my part as to whether it should continue to be followed in relation to “outer limit” fixed-term engagements to which s.386(2)(a) does not apply (on the assumption that the analysis in Andersen v Umbakumba Community Council remains applicable to s.386(2)(a)).’

Accordingly on 16 August in Khayam’s case (above) a Full Bench has granted an appellant very rare leave to appeal a decsion to allow the point to be determined.

First, Mr Khayam says that the approach in Lunn would render the specific exclusion of persons employed under a contract for a specified period in s386(2)(a) redundant. It will be recalled that under s.386(1)(a), a person is ‘dismissed’ only if the person’s employment has been terminated ‘on the employer’s initiative.’ Section 386(2)(a) then provides that a person has not been ‘dismissed’ if (among other things) the person is employed on a contract for a specified period of time, and the employment has terminated at the end of that period. Mr Khayam contends that, if the approach in Lunn is correct, s.386(2)(a) is simply not necessary.

Thirdly, Mr Khayam submits that the approach in Lunn presents serious difficulties in relation to the application of the unfair dismissal provisions in the FW Act to casual employment. Under the Act, casual employees have access to unfair dismissal remedies if their employment as a casual was on a regular and systematic basis. 16 However, the approach in Lunn would seem to have the effect of preventing such casuals from bringing unfair dismissal claims, because their contracts are not terminated at the employer’s initiative. At common law, each day’s engagement of a casual ordinarily stands as a separate contract. It terminates at the end of the day, much like a contract for a specified period. This is said to make the approach in Lunn incompatible with the FW Act.

Mr Khayam contends that the proper approach is that identified by Hatcher VP in Jin, namely, the question of whether a person’s employment has been terminated at the initiative of the employer requires an analysis of what, as a matter of practical reality, brought about the end of the employment relationship. 17

According to Mr Khayam, if the approach proposed by Hatcher VP in Jin had been adopted by the Commissioner, it would have led to a finding that his employment had been terminated at the initiative of the employer. He says that Navitas implemented a series of “outer limit” fixed term contracts and then made a decision to discontinue the employment in 2016 for performance related reasons. In a practical sense, he contends, Navitas brought an end to the employment relationship.

Navitas’ position was that Mr Khayam agreed in his final contract that his employment would end on 30 June 2016, unless terminated earlier. It contends that, as in Lunn, Mr Khayam’s employment ended by the effluxion of time, not at the initiative of the employer.

The decision in Lunn is a well-established Full Bench authority. A Full Bench of the Commission is not bound by the principle of stare decisis to follow the decision of another Full Bench, however as a matter of policy and sound administration, it generally does so, in the absence of cogent reasons for taking another course. 18 The reconsideration of a Full Bench authority is a serious step that is rarely taken.19

However, we have concluded that Mr Khayam has raised an arguable case of error concerning the application of Lunn to the provisions of the FW Act. In this regard we note that decision concerns the unfair dismissal provisions in the Workplace Relations Act 1996 (Cth), and that the applicability of the reasoning in the decision, as it pertains to the FW Act, has not been the subject of analysis by a Full Bench.

In our opinion, the question raised by the first ground of appeal concerns a matter of importance and general application, namely the approach that is to be taken to the interpretation of s.386(1) of the FW Act.

In our view, it is in the public interest that permission to appeal be granted in relation to the first ground of appeal.”

This appeal will finally dispose of the argument whether the expiration of an outer limits contract will by that fact alone mean that the affected employee cannot pursue an unfair dismissal case because there has been no dismissal or whether the Commission can look at the overall circumstances, for example as in the case under appeal, the contract of employment has been rolled over time and again, to determine whether there has been a dismissal for the purposes of the Commission’s unfair dismissal jurisdiction.