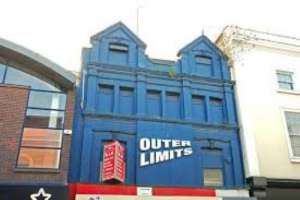 The unfair dismissal jurisdiction of the Fair Work Commission is predicated and founded upon the notion that there has been the dismissal of an employee. Sec 386 0f the Fair Work Act 2009 provides that a person has been dismissed if the persons’ employment with his or her employer has been terminated at the employer’s initiative or the person has resigned but was forced to do so because of conduct, or a course of conduct, engaged in by his or her employer. This latter concept is of course that of constructive dismissal.

However many employee are employed under contracts of employment which are for a specified time or until the completion of a specified project. These are referred to as outer limits contracts by the jargon of the Commission; that is to say the contract sets an outer limit for the length of employment; see sub-sec 386(2). Ordinarily, the termination of the employment of a person when the outer limit is reached or the project is completed is not regarded as a dismissal. Obviously, the termination of employment before the completion of either will be a dismissal though.

Nevertheless, sub-sec 386(3) of the Act provides that sub-sec (2) does not apply to a person employed under a contract of that kind if a substantial purpose of the employment is or was at the time of the person’s employment to avoid the employer’s obligations under the Act. This is commonly referred to as the “anti-avoidance provision”; see- Khayam v Navitas English Pty Ltd T/A Navitas English (2017) FWCFB 4092 delivered 16 August 2017 per Ross J, Colman DP and Cirkovic C