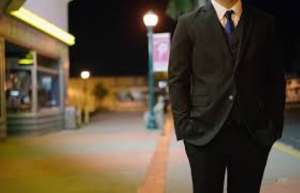 This is a legal nonsense. Whilst the Act does render a failure to comply with the statutory requirement conduct which is unlawful (for example a termination of employment orally when not followed up by the written notice), it does not follow that the termination is ineffective in the sense that it allows the employee to maintain that he or she has not been dismissed.

The issue of whether there has been a dismissal, and its effective date, is a question of fact which depends upon the particular circumstances. Here is an explanation of the principle from a Fair Work Commission case.

“In summary, it is clear in our view that if an employer terminates the employment of an employee without giving notice, or payment in lieu thereof, in accordance with an obligation owed by the employer under a contract, award, enterprise agreement or s.117 of the Act, the result is that the employer has acted unlawfully and/or wrongfully and the employee will have one or more causes of action available to him or her under the contract, award, enterprise agreement and/or the Act to remedy the deficiency in notice. However, an unlawful or wrongful dismissal does not invalidate or render void the termination of the employment relationship. Whether the employment relationship has been terminated is a question of fact.

Accordingly, a notice of termination which does not comply with s.117 of the Act may be effective to bring about the termination of the employment relationship and may constitute “notice of the dismissal” within the meaning of s.383(a)(i) of the Act. Construing the Act in this way is consistent with the purpose of the relevant provisions, as set out above.”