Unfair dismissal; when will reinstatement be ordered 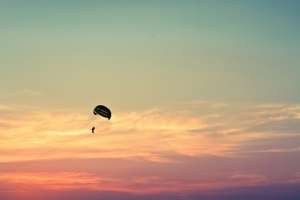 Where an employee wins a case of unfair dismissal, that is to say that where the Fair Work Commission  upholds a claim for an unfair dismissal remedy, the primary remedy under the Fair Work Act is an order for the reinstatement of the employee, together with an order of compensation for the economic loss suffered (generally the lost wages less some nominal discounts) together with an order for continuity of service.

Nevertheless such orders are very rare. This is because by the time the case is heard, generally after months of legal skirmishing, the relationship between the applicant and his or her former employer is generally so damaged that the Commission is reluctant to legislate the employee back into the employer’s workforce. The concept used is “trust and confidence” and here it is on display in the following extract from a recent Fair Work Commission case.

[78] The Full Bench summarised the relevant principles to be followed in assessments of trust and confidence as follows:

[28] Ultimately, the question is whether there can be a sufficient level of trust and confidence restored to make the relationship viable and productive. In making this assessment, it is appropriate to consider the rationality of any attitude taken by a party.” 64 (references omitted)”