Unfair dismissal; what is the effect of a demotion 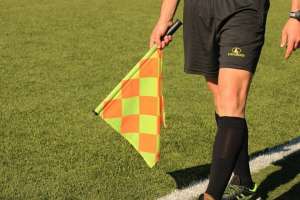 When will a demotion legislated upon an employee by an employer, and without the employee’s consent, constitute a dismissal. Here is an extract from a recent decision of the Fair Work Commission dealing with the issue.

“In A Gerrard v UPS Pty Ltd, 13 Commissioner Eames considered the circumstances where demotion of an employee would constitute dismissal:

“[52] The reasoning which underlies the principle that demotion constitutes dismissal was outlined by the Industrial Relations Court of South Australia in Russian v Woolworths (SA) Pty Ltd (Jennings SJ, Cawthorne and Parsons JJ, (1995) 64 IR 169), a decision referred to by Mr Troeth inter alia it stated:

The High Court decision of Visscher v The Honourable President Justice Giudice, 14 provides further that repudiation of an employment contract by an employer does not take effect until there is acceptance of the repudiation by the employee:

“[81] Teekay’s notice of rescission did not automatically bring the contract appointing Mr Visscher a Chief Officer to an end. It was necessary that Mr Visscher accept the repudiation before the contract could be terminated. Nothing said in Automatic Fire Sprinklers Pty Ltd v Watson suggests any different contractual principle as applying to a contract of employment. In order to decide whether Teekay had repudiated Mr Visscher’s contract of employment in January and February 2004 it was necessary for the AIRC to determine the true contractual position between the parties at that time. It was necessary then to determine whether what was said by Teekay at that time amounted to a repudiation such that the termination of the employment relationship could be said to be at its initiative; or whether it amounted to a demotion within the meaning of s 170CD(1B). The correct legal starting point was not that Teekay had rescinded the agreement. Neither the Commissioner nor the Full Bench of the AIRC asked the correct question, as to the contract under which the parties continued after September 2001. This was an error going to jurisdiction.”

“[13] …It is adequate for us to indicate that we accept that when considering whether an employer has repudiated the contract the test is not the employer’s actual intention, judged subjectively, but whether the conduct of the employer, judged objectively by reference to the effect on a reasonable person evinced an intention to no longer be bound by the contract.”

It is worth noting that at no stage did the Applicant complain to the Respondent about his demotion. The Applicant never argued that the actions of the Respondent were unfair or inappropriate. When told that his ongoing employment as as boilermaker he simply said “fine”. His only subsequent line of enquiry was in relation to his new rate of pay.

I have taken into account all of the submissions of the parties.

I have taken into account that there is no legal capacity for the Respondent to demote the Applicant in the Manufacturing and Associated Industries and Occupations Award 2010.

I accept the evidence of Mr Sampson and the submission by Mr Powter that the Respondent is an “old fashioned company” that tries to do the right thing by all of its employees. I also accept that the Respondent has given the Applicant plenty of latitude in relation to his performance and family issues. If the Respondent had simply dismissed the Applicant for his poor performance issues as a Projects Co-ordinator, rather than attempting to look after him by providing him with on–going employment, then this matter may have been determined in an alternate manner.

I find that the Applicant has been demoted by the Respondent. As a result, I find that the Commission has jurisdiction to determine the application.”