Unfair dismissal; what is regular and systmatic employment? 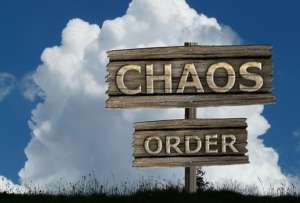 What does regular and systematic mean in this context?

In Yaraka Holdings Pty Limited v Giljevic [2006] ACTCA 6 (Yaraka) the Court of Appeal of the A.C.T. (Crispin P and Gray J) noted that the inclusion of the phrase “regular and systematic” had been;

“ [65] It should be noted that it is the “engagement” that must be regular and systematic; not the hours worked pursuant to such engagement […].”

[22] Importantly, both terms must be given their separate meaning in construing circumstances and applying the Act, and efforts must be made to avoid conflating the two distinguishable terms.

[23] In Yaraka at [68], Crispin P And Gray J (with whom Madgwick J agreed) further noted that the term “regular” should be construed liberally and noted the term may rightly be used as a synonym for “frequent” or “often” but not however for “uniform” or “constant”.

[24] The Commission is required to examine the engagement of the casual employees and determine that the engagement is made with an element of regularity by the employer at the particular time, in this case, the time of Ms Wilson’s dismissal.

[25] It is not enough that the engagement be regular alone, as under the Act it must also be “systematic”.

[26] The element of “systematic engagement” as the second limb of the test under the Act is not synonymous with the requirement of regularity, but rather a separate element on its own to be assessed in the case of each employee.

[27] In Yaraka, Madgwick J referred to the need for evidence that the engagement was beyond merely frequent, or regular, but rather the exhibition of some kind of system or method or plan;

“[91] Engagement under contracts on a ‘systematic basis’ implies something more than regularity in the sense just mentioned, that is, frequency. The basis of engagement must exhibit something that can fair

However, it need not necessarily be that the employer has an obviously systematic or methodical approach to the engagement of the casual employee. In some circumstances systematic engagement might be consequential of engagement over a period of time by “a pattern of engagement that occurs as a consequence of an on-going reliance upon the worker’s services as an incident of the business by which he or she is engaged” as was the case in Yaraka per Crispin P And Gray J (with whom Madgwick J agreed) at [69]

An important consideration often ignored under section 23(2)(b) of the Act is the requirement that the regular and systematic engagement of the employees need be the “basis” for the employment at the relevant time.

[33] The Macquarie Dictionary sets out the meaning of basis, as a useful starting point for this analysis;

[34] The use of this word by Parliament indicates that the other elements described above, “regular and systematic”, need to be the foundation or fundamental principles upon which the employment relationship exists (as opposed to short-lived or temporary phenomenon).

[35] It is therefore insufficient for the purposes of the Act merely to demonstrate the existence of some kind of regularity and systematic employment of the casual employees. The Act requires a step further; that these elements be the basis, or foundation, or principle, of the employment engagement at the particular time, in this matter, the time of Ms Wilson’s dismissal.

[36] In stating that the basis of the relationship must be ascertained at the time of the dismissal, I note that the legal relationship can change over time, on express terms or by means of circumstances. This much was intended by Madgwick J in his supplementary judgment in Yaraka:

“[73] As a preface to outlining the factors that seem to me to have decisive weight, I make two general observations. The first is that, while the overall pattern of relationships between the parties is important, the crucial enquiry is as to the nature of the particular contract they entered into, and in fulfilment of which the respondent was working, at the time of his injury. The second is that, just as parties may, by the adoption of express terms, reflect change over time in the nature of their illegal relationships, circumstantial developments overtime may compel the view that, despite the lack of express, fresh adoption of terms that correspond with current reality, the real nature of the parties’ relationship has changed.” [My emphasis]

[37] When the basis of the casual employment relationship is examined, it is to be examined as it was at the particular time; that is, at the time of the dismissal. Other decisions of the Commission have held differently, and maintain that “the basis of the casual employee’s employment over the whole of the period of the casual employee’s employment with the Respondent” should be considered, as if an averaging formula of some kind might be applied to the changing contracts (see Grives v Aura Sports Pty Ltd (2012) FWA 5552 per Jones C at [27]). Additional complications arise when the contracts have a different basis – such as part time and casual.