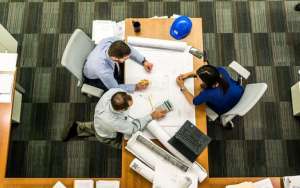 The following passage from a recent Fair Work Commission unfair dismissal case goes further than the orthodoxy which is that a support person under the Fair Work Act may do no  more than silently observe proceedings.

In its email to Mr McCouaig on 8 August notifying him of a meeting on 9 August Colliers said as follows: 69

“You are welcome to bring a support person along to the meeting. The role of a support person is to provide you with emotional support. They are not there to act as an advocate on your behalf.”

Colliers had already scheduled a performance management meeting for five days later (14 August) and the employer had provided Mr McCouaig an opportunity to bring a support person to that meeting (as with previous PMP meetings). On this occasion, albeit unknown to Colliers, Mr McCouaig had arranged (quite reasonably) for his father to attend as his support person. Compelling his attendance at a meeting with no more than one hour’s notice made it nigh impossible for Mr McCouaig to secure a support person of his choice.

Colliers (both Ms Narkiewicz and Mr Podnar) knew by at least by 3 August that Mr McCouaig was fearing that he was being set-up for dismissal when he told both by email “that he would hate there to be any surprises” on 14 August. In these circumstances Colliers ought to have recognised that Mr McCouaig’s attendance at further performance or disciplinary meetings with a support person was a real possibility. Colliers was required to make reasonable provision for that right to be exercised as a minimum measure of fairness. It failed to do so.

In the circumstances of this case, and notwithstanding the intimation in Ms Narkiewicz’s email of 8 August, I find that Colliers unreasonably refused to allow Mr McCouaig to have a support person present because it gave him no reasonable time-frame to access one.”