Unfair dismissal; the right to mount a defence 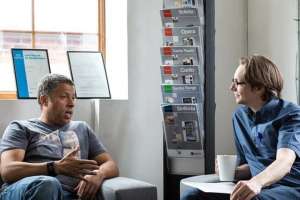 One of the mandatory factors which the Fair Work Commission is required to consider in determining whether the termination of the employment of an employee qualifies as an unfair dismissal is whether “whether the person was given an opportunity to respond to any reason related to the capacity or conduct of the person”. This is an extract from such a case in which the Commissioner deals with that issue.

“S. 387 (c) – Opportunity to respond to any reason related to capacity or conduct

There was no evidence of there being any attempt to contact the applicant to confirm that she had received the 10 February show cause notice. Instead, it appeared that it was assumed that the applicant had received that communication and that she was simply failing to respond. As the evidence underpinning the Jurisdictional Decision has ultimately established, this assumption was wrong.

Although the reason why the emails of 10 and 11 February were not received in the applicant’s home email inbox remains a mystery, there may have been some other valid reason why the applicant had not responded to the 10 February show cause notice. The applicant could have been beset by some misadventure, physically incapacitated, and thus unable to respond within the unreasonably short timeframe of 24 hours. In simple terms, before the employer moved to dismiss it should have attempted to contact the applicant to confirm that she had received the email that contained the show cause notice.

The procedure that the employer adopted whereby it hastily moved to dismiss before ensuring that the applicant had proper opportunity to respond to the show cause notice of 10 February 2020, was a significant procedural defect which denied the applicant natural justice.”